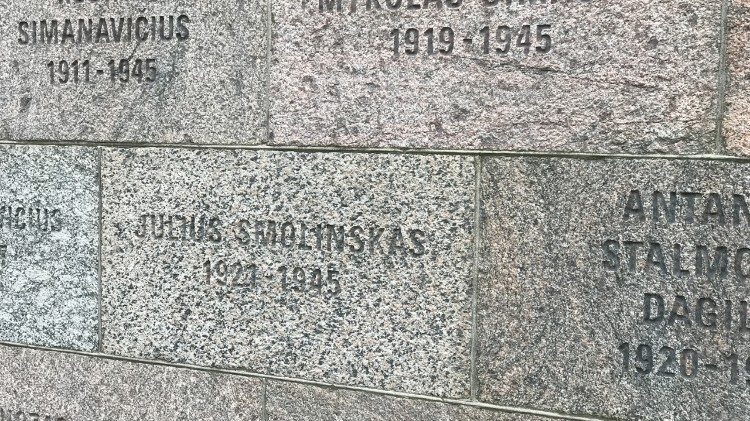 The Museum of Occupations and Freedom Fights, with which Pope Francis ends is two-day apostolic visit to Lithuania is housed in the former headquarters of the KGB:  a stark reminder never to forget the mistakes and the atrocities of the past.

The Museum’s bloody history began when this former gymnasium became the headquarters of the Gestapo during the Nazi occupation of Lithuania in 1941. It was then re-occupied by the Soviet Secret Police – the KGB – when the Nazis left in 1944. The KGB stayed until 1991 when Lithuania became independent from the Soviet Union.

The museum is divided into two parts – the upper two floors document the Lithuanian partisans’ resistance against the Soviet occupiers, the deportations of Lithuanians to Siberia and day-to-day life in the Lithuanian Socialist Soviet Republic. The other parts of the museum are the prison cells, and execution and torture chambers in the basement.

The cells are exactly how the KGB officers left them upon leaving Lithuania in 1991.

The grounds are where the bodies of those tortured in Vilnius’ interior prison by the forerunner of the KGB – the NKVD/MGB – were buried between 1944-1947.

Amongst those who were interrogated and imprisoned here is Jesuit priest Sigitas Tamkevičius, an important figure in the Lithuanian resistance to Soviet occupation. Arrested in 1983, he served 10 years in prison and in exile in Siberia before becoming the auxiliary bishop of Kaunas in 1991 and the archbishop of Kaunas in 1996.

In the company of Archbishop Tamkevičius, Pope Francis, will visit the Museum on Sunsay afternoon and utter a prayer of remembrance and hope for the people of Lithuania