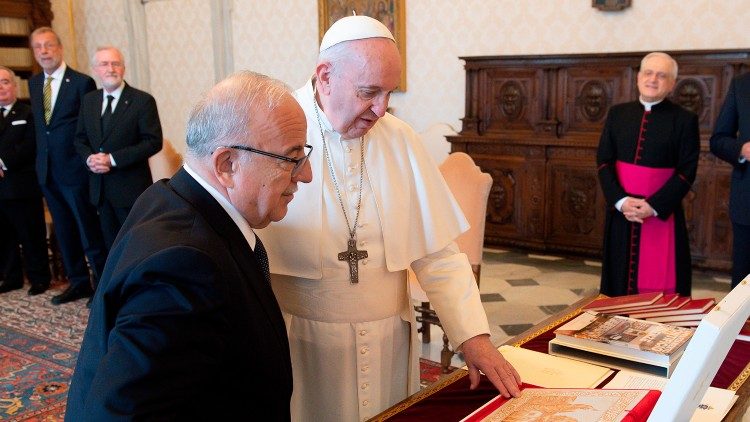 In a telegram signed by Vatican Secretary of State, Cardinal Pietro Parolin, Pope Francis offeres his condolences to the Sovereign Order of Malta following the death after a sudden illness of the Lieutenant of the Grand Master, Fra’ Marco Luzzago.

Pope Francis sent a telegramme of condolences to the Sovereign Order of Malta expressing his closeness to the members of the Order as they mourn the death of Lieutenant Grand Master, Fra’ Marco Luzzago.

In a telegramme addressed to Cardinal Silvano Maria Tomasi, the Pope’s delegate for the Order, he says he “spiritually shares in the grief for the unexpected death of His Excellency, Fra’ Marco Luzzago, Lieutenant of the Grand Master.”

The Holy Father writes, “I wish to extend to his family and to all members of the Order my condolences. In recalling the commitment he generously gave in carrying out his high office in the service of this institution, as well as his love for the Church and luminous Christian witness, I invoke eternal Peace upon him, and from my heart I impart my blessing to you, Cardinal (Tomasi), to the Acting Lieutenant, Fra’ Ruy Gonçalo do Valle Peixoto, to the Grand Magistry, and to all members of the Sovereign Order of Malta.”

First Dalit Cardinal: My mission, help as many poor children as possible

Bosnia-Herzegovina: The war visible in a museum, 30 years on