Pope: Remember those suffering in Ukraine and pray for them 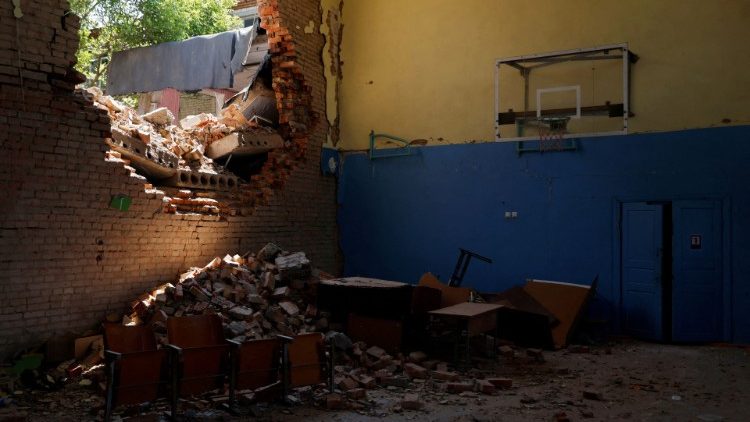 Making his 56th appeal for peace in war-torn Ukraine, Pope Francis urges everyone to remember, pray, and help “these people who are suffering so much” and “who are carrying out a true martyrdom.”

Pope Francis says we must help those suffering in war-torn Ukraine.

The Holy Father made his 56th appeal for peace in the war-afflicted nation during his remarks to Italian faithful and pilgrims gathered at his Wednesday General Audience in St. Peter’s Square.

“Please,” the Pope appealed, “let us not forget the war-torn people of Ukraine” nor “get used to living as if the war were something distant.”

“Let our remembrance, affection, prayers, and help always go out to this people who are suffering so much and who are carrying out a true martyrdom.”

The Holy Father has made multiple appeals for an end to the war, which has forced more than 7 million to flee Ukraine, many of them women and children, and some 8 million others to be displaced within the country itself.

The Pope has relentlessly called for helping those suffering since Russia’s invasion of the neighbouring country in late February.

He has sent his Secretary for Relations with States, Archbishop Paul Richard Gallagher, and Cardinal Michael Czerny, Prefect of the Vatican’s Dicastery for Promoting Integral Human Development, and Cardinal Konrad Krajewski, Prefect of the Vatican’s Dicastery for the Service to the Poor, to Ukraine to bring the Church’s closeness to the suffering.

On Sunday, during the Holy Father’s Angelus address, the Pope warned against growing accustomed to the war.

“The thought of the people of Ukraine, afflicted by war,” the Pope said, “remains vivid in my heart.” He said we must keep alive our “concern for that suffering population.”

“Let us always keep it in our hearts,” he insisted, adding, “Let us pray and strive for peace.”

Pope: ‘Church must walk closely with couples toward marriage’