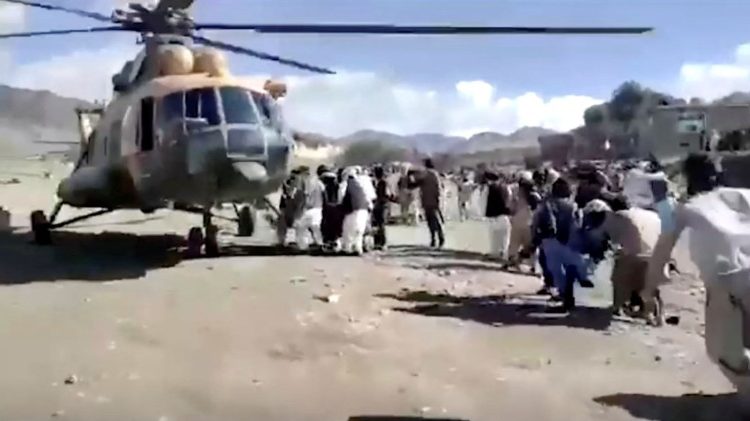 Pope Francis says he is praying for the victims of a devastating earthquake in Afghanistan that has killed more than 1,000 people and injured 1,500 others. He also issued an appeal for help for all those affected.

Pope Francis said he is praying for those who have lost their lives in an earthquake that struck eastern Afghanistan in the early hours of Wednesday morning.

Speaking during the Wednesday General Audience, the Pope expressed his closeness to all those affected by the quake that, he said, “has claimed lives and caused extensive damage in Afghanistan.”

“And I especially pray for those who lost their lives and their families.”

“I hope that with everyone’s help,” he continued, “we can alleviate the suffering of the dear people of Afghanistan.”

The powerful earthquake, the most deadly to strike the country in decades, has reportedly killed over 1,000 people and injured hundreds more.

Officials are warning the death toll will likely rise.

The quake struck a rural, mountainous region of eastern Afghanistan near the Pakistani border early in the morning, but information remains scarce on the magnitude 6.1 temblor that damaged buildings in Khost and Paktika provinces.

Observers said rescue efforts are likely to be complicated since many international aid agencies left Afghanistan after the Taliban takeover of the country last year.

Experts said such temblors can cause severe damage, particularly in an area like this one where homes and other buildings are poorly constructed and landslides are common.

Footage from Paktika province showed people being carried into helicopters to be airlifted from the area. Others were treated on the ground. But dozens of people are believed trapped under the rubble.

A deputy spokesman for the country’s Taliban government gave no specific death toll but tweeted that hundreds of people were killed and injured in the earthquake. “We urge all aid agencies to send teams to the area immediately to prevent further catastrophe,” he wrote.

US Bishops grateful for ruling on public funding to religious schools