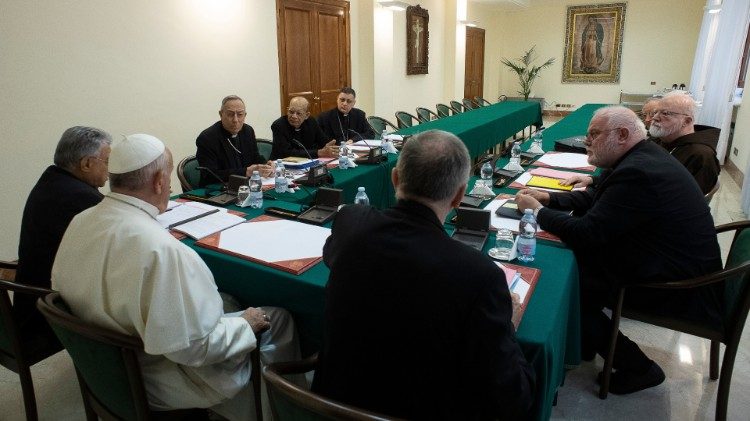 Pope Francis and six members of the Council of Cardinals met in an online meeting on Tuesday.

The Council of Cardinals held an online meeting on Tuesday afternoon, in the presence of Pope Francis who joined them from Casa Santa Marta, said a statement from the Holy See Press Office.

During the meeting, the Cardinals offered their considerations on the new Apostolic Constitution ‘Paedicate Evangelium’ , and the Council also focused on some organizational and thematic aspects of the next meeting of all the Cardinals scheduled for 29 – 30 August.

The Press Office said that the meeting ended shortly before 5:00 pm and the Council adjourned till September.

World Meeting of Families: The importance of vocational pastoral work

Pope: May we pray for and help those with Alzheimer’s disease

Pope at Audience: Kazakhstan, a ‘country of encounter’

The modern-day miracle of the fishes and devotion in Ozernoe, Kazakhstan

#EOF2022: Values and principles of St. Francis can ‘eradicate…

Pope: May we pray for and help those with Alzheimer’s…