Pope: Never forget our brothers and sisters with Hansen’s disease 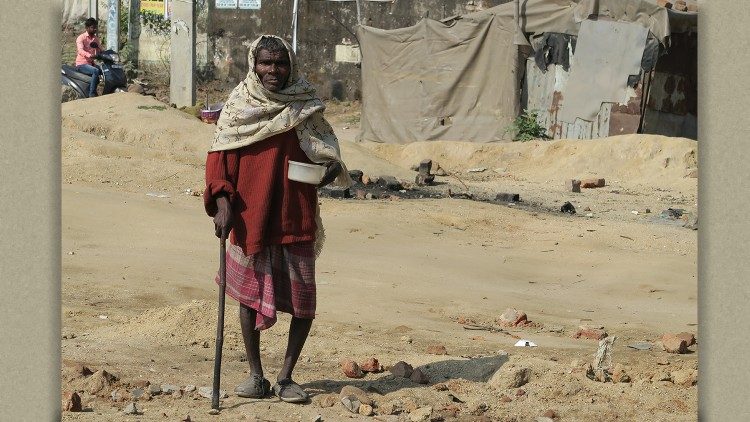 In a message to participants in a seminar on Hansen’s disease (or ‘leprosy’) and other neglected tropical diseases, Pope Francis says we must ask ourselves, “Will we bend down to touch and heal the wounds of others?”

“We must not forget these brothers and sisters of ours” who are afflicted by Hansen’s disease.

Pope Francis offered that invitation in a message to an international symposium focusing on serving those afflicted by leprosy and other neglected tropical diseases (NTDs).

The two-day “Leave No One Behind” symposium takes place in Rome on 23-24 January, and is sponsored by the French Raoul Follereau Foundation, Italy’s Amici di Raoul Follereau (“Friends of Raoul Follereau”), and the Sasakawa Leprosy (Hansen’s Disease) Initiative, in collaboration with the Dicastery for Promoting Integral Human Development. The symposium is focused on achieving the goal of “zero leprosy” in the world and establishing societies where no one is left behind due to Hansen’s Disease and other NTDs.

Will we bend down to help others?

In his message sent on Monday, Pope Francis notes that “the stigma attached to leprosy continues to cause serious human rights violations in various parts of the world.” He insists that we must not ignore a disease that still affects hundreds of thousands of people around the world, especially “in more deprived social contexts.”

Basing his appeal on “the human family’s vocation to fraternity,” Pope Francis calls on everyone to ask, “Will we bend down to heal the wounds of others? Will we stoop to carry one another on our shoulders?”

“This is the present challenge, of which we should not be afraid.”

Pope Francis then goes further, urging people to “seize the occasion of World Leprosy Day [the last Sunday in January] to review our models of development and to seek to correct the discrimination they cause.” He adds, “This is a propitious occasion to renew our commitment to building an inclusive society that leaves no one on the margins.”

Returning to the specific question of Hansen’s disease, the Pope says we must ask ourselves “how best to work with people with leprosy, treating them fully as persons and recognizing them as the main players in their struggle to participate in basic human rights and live as full members of the community.”

“I hope that this conference will help gather voices from around the world and discuss measures that can be taken to further promote respect for human dignity.”

Pope Francis expresses his sympathy for those suffering from Hansen’s disease, and encourages them in their efforts to secure spiritual support and medical care.

At the same time, he invites Christian communities to allow themselves to be evangelized “by these brothers and sisters” and to be at the forefront of efforts aimed at promoting their full integration into society.

Synod: Ecumenical Prayer Vigil will emphasize ‘unity of the Church’