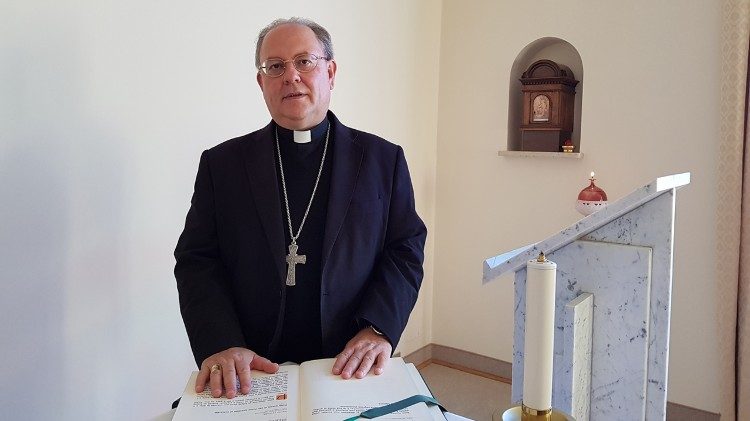 Pope Francis appoints Bishop Fabio Fabene as the new Secretary of the Congregation for the Causes of the Saints.

On Monday, Pope Francis named a new Secretary of the Congregation for the Causes of the Saints.

Bishop Fabio Fabene, the titular bishop of Montefiascone, had served since 8 February 2014 as the Under-Secretary of the Synod of Bishops.

He was born in Rome, Italy, on 12 March 1959. Bishop Fabene attended the Minor Seminary in the then-diocese of Montefiascone, then completed his theological studies at the Pontifical Regional Seminary in Viterbo. He was ordained a priest for the same diocese on 26 May 1984.

He later received his doctorate in Canon Law from the Pontifical Lateran University.

He served as the parish priest of St. Maria del Giglio in Montefiascone, holding the position of Episcopal Chancellor from 1984 to 1998, and also taught Canon Law at the Viterbo Theological Institute.

From 1 January 1998 on, he worked at the Congregation for Bishops, where he served as Office Head as of 24 April 2010. He also served as Substitute of the Secretariat of the College of Cardinals.

Since 1996, he has been External Judge of the Court of First Instance for marriage annulment cases in the Lazio Region, at the Ordinary Court of the Diocese of Rome.

He was appointed Prelate of Honor of His Holiness on 11 January 2012.

Bishop Fabene is the author of several articles for journals of Canon Law, biographies on Cardinal Barbarigo and Mons. Luigi Boccadoro, and books on the ministry of both Italian clergymen.