Pope in Ireland: Celebration of family as the school of love 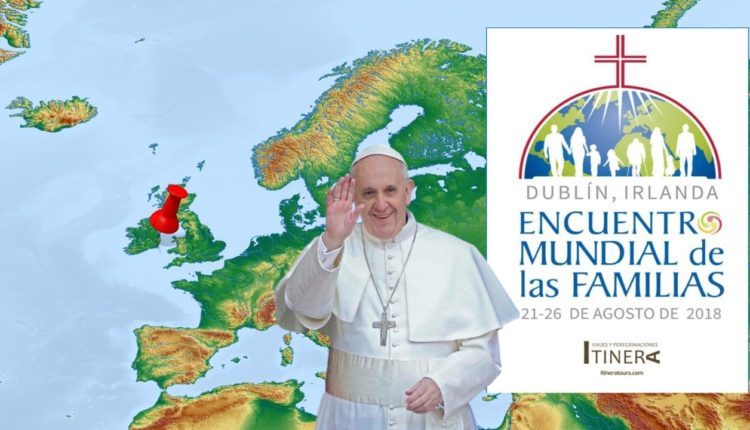 In a press briefing on August 21, Greg Burke, the director of the Holy See Press Office, presented the programme of Pope Francis’ visit to Ireland, August 25-26.

Pope Francis is embarking on the 24th apostolic visit of his pontificate with a visit to Ireland, August 25-26, to join in the Catholic Church’s 9th World Meeting of Families in Dublin.   The Catholic Church’s 5-day event, on the theme, “The Gospel of the Family: Joy for the World”, began on Tuesday and will conclude on Sunday.

Greg Burke, the director of the Holy See Press Office held a press conference on Tuesday, presenting the Pope’s weekend visit.  He pointed out that the highlights of the 2-day Irish visit will be the Festival of Families Saturday evening at Croke Park Stadium  and the concluding Holy Mass on Sunday at Phoenix Park.

Burke said it will a very short but intense visit marked by special moments of prayer.  He said people will see the Pope speaking and celebrating with the families from around the world.

On Saturday there will be a special event in the Cathedral, during which the Pope will meet young couples who recently married or who plan to marry shortly.

Ireland is a country shaken by the scourge of clerical sexual abuse in which crimes have been committed on thousands of Catholics by priests, religious brothers and nuns, and bishops who covered up for them.

In his latest letter, the Holy Father described this scourge as a “crime” that generates deep wounds that never disappear.

According to the papal schedule, the Holy Father will pray silently in the Blessed Sacrament Chapel of St. Mary’s Cathedral where a candle has been burning for years for the victims of abuse.  Even though a meeting with abuse victims is not scheduled, Burke did not rule out a meeting with them, saying the Pope meets victims in countries where abuse “is a reality”.

On being asked whether the renewed media attention on clerical sexual abuse would obscure the focus on the World Meeting of Families, Burke said, “Any trip to Ireland was not only going to be about the family.”  “The pope is well rested and ready and wants to talk about the family,” Burke said.

Burke admitted the Irish visit will not be easy given the recent events there.  However, he said, it is “clear that the Pope goes to Ireland for one reason, which is the World Meeting of Families, and that will be his emphasis.”

In all, the Pope is scheduled to deliver six major speeches during his 36 hours in Ireland.

Pope Francis: Letter to the People of God