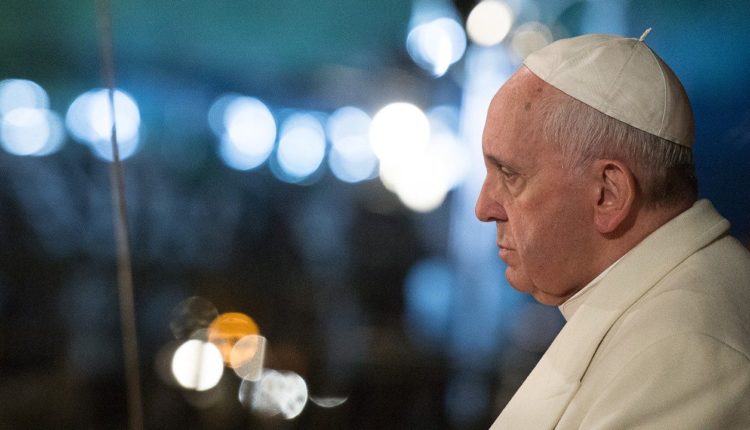 Share
The report on the clerical sexual abuse in Pennsylvania is a tremendous shock for the Church in the United States. Three years ago, at the World Meeting of Families in Philadelphia, Pope Francis met with a group of abuse victims, and made very strong statements about the need to fight against these crimes.

“Victims should know that the Pope is on their side.” That is one of the strongest passages in the statement released by Greg Burke, the Director of the Holy See Press Office, following the Report from Pennsylvania on sexual abuse of more than a thousand victims, perpetrated by over 300 priests. They are words that recall what Pope Francis said three years ago when he met with a group of abuse victims during the World Meeting of Families which took place in Pennsylvania, in the city of Philadelphia.

“I deeply regret that some bishops failed in their responsibility to protect children,” the Pope said at that meeting, which took place no 27 September 2015. Turning to the survivors of abuse, he admitted with sadness that “It is very disturbing to know that in some cases bishops even were abusers.” He said, “I pledge to you that we will follow the path of truth wherever it may lead. Clergy and bishops will be held accountable when they abuse or fail to protect children.” And, he added, “Within our family of faith and our human families, the sins and crimes of sexual abuse of children must no longer be held in secret and in shame.”

We cannot hide these crimes

Later that day, speaking to Bishops from around the world who were participating in the Meeting in Philadelphia, Pope Francis repeated his commitment to battling the plague of abuse. He said unequivocally, “The crimes and sins of sexual abuse of minors may no longer be kept secret; I commit myself to ensuring that the Church makes every effort to protect minors and I promise that those responsible will be held to account.”

The abuse of minors is a sacrilege

Pope Francis returned to the question of sexual abuse by clerics in response to questions by reporters on the flight back to Rome following the visit to Philadelphia. “When a priest commits abuse, it is extremely grave,” he said, “because the vocation of the priest is to help that boy or girl to aim high, to grow in the love of God, to grow to affective maturity and goodness. And instead of that, he crushed them, which is evil. That is why it is practically a sacrilege.” The Pope re-emphasized: “These things must not be covered up; and those who covered them up are also guilty, even some bishops who covered them up. It is a terrible thing.”

Pope in Ireland: Celebration of family as the school of love