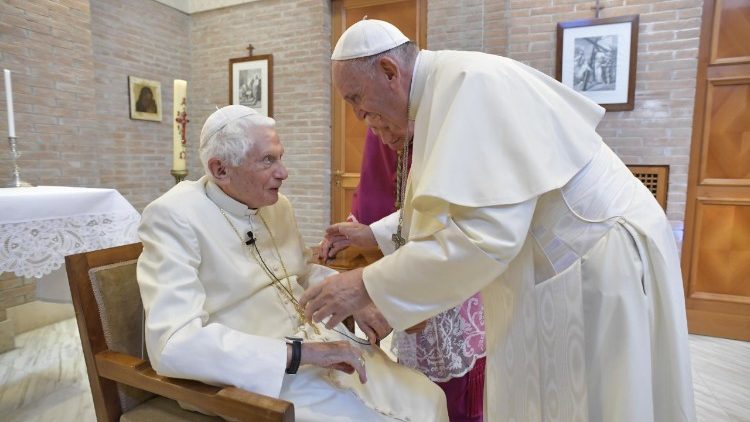 The Pope’s visit to Benedict XVI came on the eve of the Canonization Mass during which Pope Paul VI, Archbishop Oscar Romero and five others were elevated to Sainthood.

Benedict XVI was created a Cardinal by Pope Paul VI during his last Consistory on 27 June 1977.

On 27 April 2014, the Pope Emeritus concelebrated the Canonization Mass presided over by Pope Francis, of his predecessors John Paul II and John XXIII: a Mass that has gone down in history as the Mass “of the four Popes.”

Pope at Angelus gives thanks for participation in canonization Mass