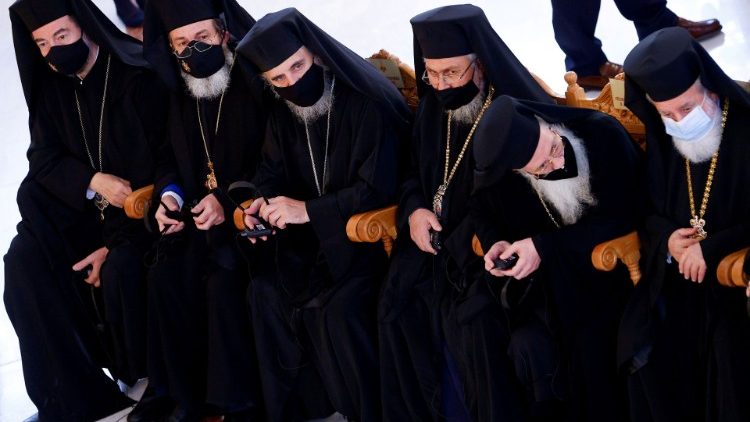 Pope Francis meets with Rabbi Arie Zeev Raskin and through him, extends a greeting to the Jewish community in Cyprus.

Upon his return to the Apostolic Nunciature after the celebration of Holy Mass on Friday, Pope Francis met briefly with the Chief Rabbi of Cyprus, Rabbi Arie Zeev Raskin.

A statement from the Holy See Press Office said that the Holy Father sent a greeting through the Rabbi to the Cypriot Jewish community.

The Pope also greeted the director of the Cyprus prison, who brought him a gift and conveyed the greetings from the detainees, including migrants imprisoned because they are undocumented.