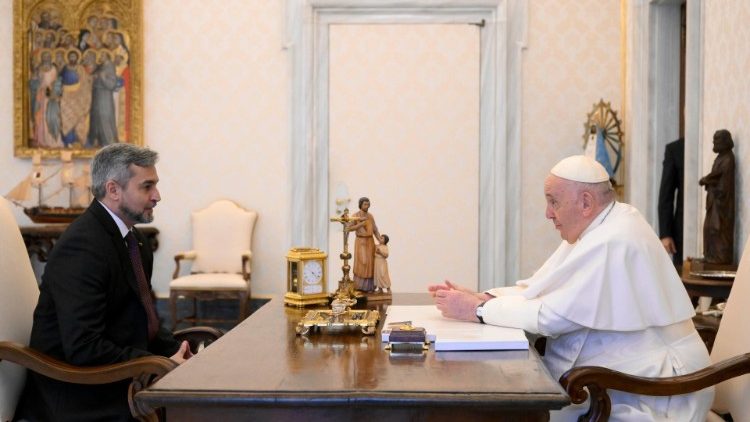 Pope Francis receives the President Mario Abdo Benítez of Paraguay in the Vatican on Friday, where the two leaders discussed countering poverty and overcoming inequality.

Pope Francis received the President of Paraguay, Mr. Mario Abdo Benítez, in the Vatican on Friday.

According to a statement from the Holy See Press Office, the conversations were cordial.

“During the cordial discussions in the Secretariat of State,” it said, “satisfaction was expressed for the good bilateral relations and the will to further strengthen them, as well as for the cooperation with the local Church.”

“The challenges facing Paraguayan society,” continued the statement, “were then addressed, with particular emphasis on countering poverty and overcoming inequality.”