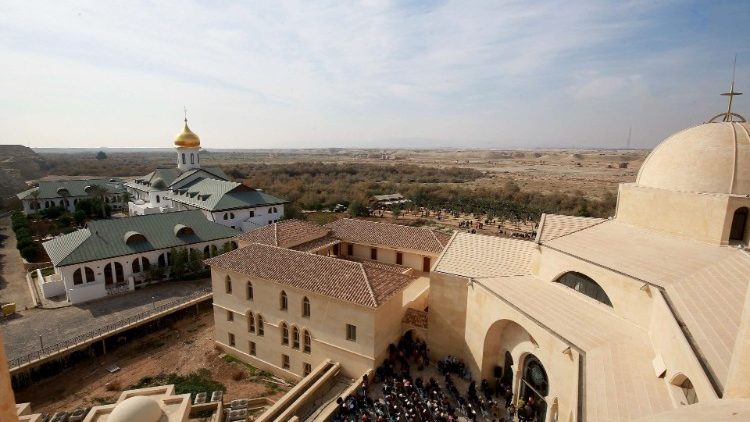 Following the annual Holy Land Coordination pilgrimage, a delegation of European and North American Bishops praises the humanitarian work of local Christian communities, saying more must be done to support them.

The annual Holy Land Coordination pilgrimage, which brings a group of bishops from across Europe and North America, drew to a close on Thursday.

The bishops released a statement at the end their trip, praising Christian communities in Jordan – the location of this year’s pilgrimage – for their social outreach and urging more support from other nations.

The Bishops gave thanks for the many “vibrant” parish communities they had encountered in Jordan, quoting Pope Francis’ words during his visit to the country: “Christian communities … present in this country since apostolic times [are] contributing to the common good of the society of which they are fully a part.”

In particular, the 13 Bishops praised Christian schools as “places of flourishing and encounter between faiths”.

They also highlighted the “prophetic care” of Christians for people with disabilities, the work of Christians building “bridges of hope” between communities, and the young Christians who remained committed to the country and its Churches despite “significant social and economic challenges.”

The Bishops encouraged pilgrims to visit these communities, saying: “Praying with and learning from the country’s Christians – its ‘living stones’ – will serve to expand and strengthen pilgrims’ own faith.”

A particular focus of the Bishops’ 6-day pilgrimage was the care of the local Christian communities for refugees.

Noting that Jordan now hosts more displaced persons than almost any other country, the bishops praised the groups who, “inspired by the Gospel to uphold human dignity and defend human rights”, provide humanitarian support to those fleeing war and violence in other parts of the Middle East.

Recognising the pressure that these communities face as they welcome people but “lack the necessary resources to meet their needs”, the Bishops urged those in the West to do more to support them.

“It is imperative that our own countries play their part in relieving the pressure on the people of Jordan, both by increasing humanitarian assistance on the ground and extending a wider welcome to refugees themselves.”

The Bishops added that they were “struck by the respect for human dignity that we have witnessed in Jordan and how many Christians value the safety that the country affords them.”

However, this pluralism, they noted, stands in contrast to the situation in many other parts of the Holy Land. In particular, they mentioned “threats to peaceful coexistence in Israel”, which have seen the highest Palestinian death toll in twenty years.

“We commit ourselves,” the Bishops concluded, “to continued prayer and advocacy for our sisters and brothers across Jordan, Palestine, Israel, and the wider region, trusting in God’s promise for all who dwell in this Land.”