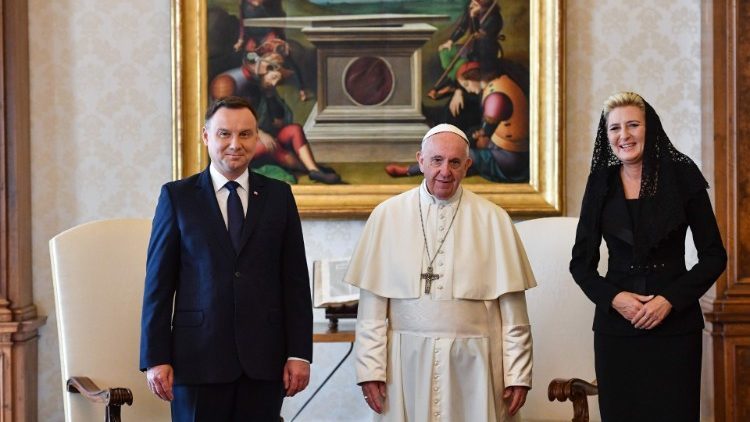 Pope Francis on Monday received in private audience in the Vatican President Andrzej Duda of Poland.  Duda then held a meeting with Vatican Secretary of State Cardinal Pietro Parolin and Vatican Secretary for Relations with States, Archbishop Paul Richard Galagher.

A statement by the Holy See’s Press Office said that “during the cordial discussions, which took place in the context of the fortieth anniversary of the election of Saint John Paul II as Supreme Pontiff, the importance of Christian values in the country’s history was underlined, especially with regard to the formation of its cultural and religious identity.”

The two sides “then turned to various themes of common interest, such as the promotion of the family and welcome.”   The Press Office statement said they also mentioned “Poland’s contribution to the European integration project, as well as various themes of an international character, such as the conflict in Ukraine, the situation in the Middle East, migrations, and the protection of creation in view of the United Nations Climate Change Conference, which will be held in Katowice next December.”

Sr. Petronilla: I am happy to have met Pope Saint Paul VI