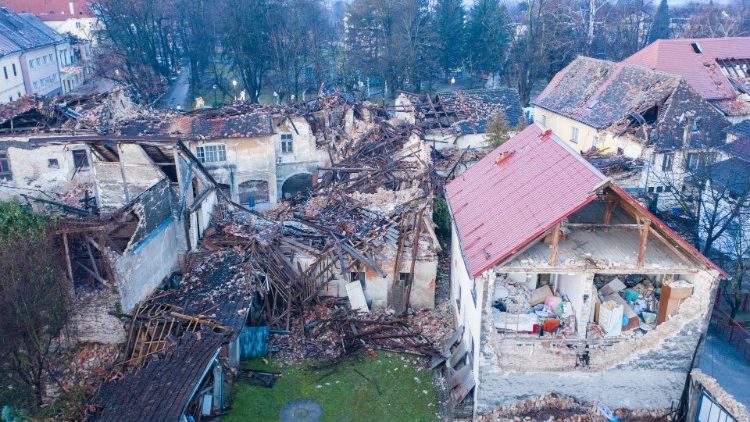 Pope Francis has expressed his closeness to Croatians affected by two earthquakes that have killed at least seven people and wreaked extensive damage and has appealed to the international community to step in and help.

Pope Francis said he is praying for the victims of an earthquake that struck central Croatia on Tuesday, killing seven people, injuring more than 20 and causing extensive damage.

Speaking during the weekly General Audience, the Pope said “I express my closeness to the wounded and to those who have been affected by the quake and I pray in particular for those who have lost their lives and for their families.”

Tuesday’s 6.4 magnitude earthquake was the second to strike the area in two days. Tremors were felt in Croatia’s capital Zagreb and as far away as Austria’s capital Vienna. Slovenia shut its only nuclear power plant as a precaution.

“I hope that the country’s leaders, helped by the international community,” Pope Francis continued, “might be able to quickly alleviate the suffering of the dear population.”

The worst hit towns appear to be those of Petrinja, Glina, Sisak and Zazina. The area is still in the throes of aftershocks and officials say rescue efforts continue.

Prime Minister Andrej Plenkovic, who rushed to Petrinja, said: “The army is here to help. We will have to move some people from Petrinja because it is unsafe to be here.”