Pope calls on Ecuadorians to abandon violence and extremism 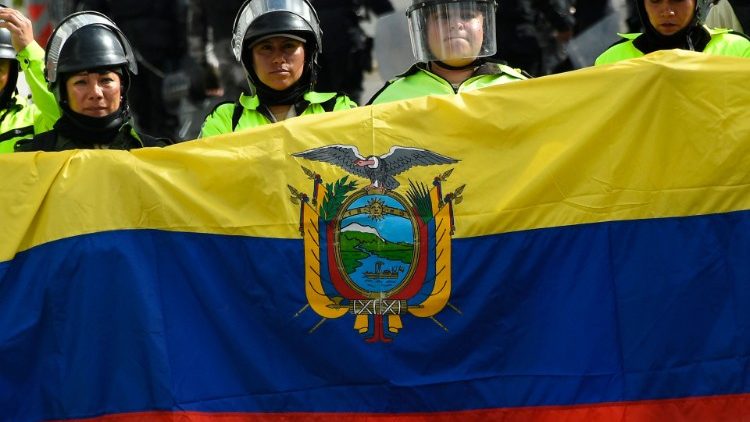 The Holy Father says he is following “with concern” the situation in Ecuador, which has seen violent protests over food and fuel prices in recent weeks.

Pope Francis called on “all parties” in Ecuador “to abandon violence and extreme positions” as the country continues to see violent protests in response to rising food and fuel prices.

The Holy Father expressed his closeness to the people of Ecuador, while insisting that “it is only through dialogue that social peace can be achieved… with particular attention to the marginalized populations and the poorest, but always respecting everyone’s rights, as well as those of the country’s institutions.”

In Ecuador, there are signs the crisis is easing, after two weeks of demonstrations. Now, discussions are focussing on the future of President Gulliermo Lasso.

Lasso has lifted the State of Emergency imposed upon six Provinces, and talks between the government and representatives of the Confederation of Indigenous Nationalities, led by Leonidas Iza, are currently underway at the Basilica in the capital, Quito.

The protests which led to this point have killed six people and injured hundreds. Activists are demanding the price of fuel be slashed by 45 cents a gallon, that agricultural prices be brought under control, and that more funds be allocated for health and education.

President Lasso says the government is willing to guarantee spaces of peace gradually leading back to normal everyday life. Iza, for his part, has allowed the easing of roadblocks to allow food supplies into Quito, but says the protest apparatus will remain in place, pending a resolution.

The Administration has already announced debt forgiveness, and pledged budget increases and the subsidization of fertilizers for farmers.

A debate is going on by the National Assembly, which has been at loggerheads with the president about his economic policies. The Union of Hope Party has proposed removing the Lasso from office. This would require 92 of the 137 legislators to vote him out. President Lasso, who has been isolating as he recovers from Covid, will present his case to remain.

The vote will be taken in the coming hours.