Pope at Angelus: ‘Let’s think of the widow’ 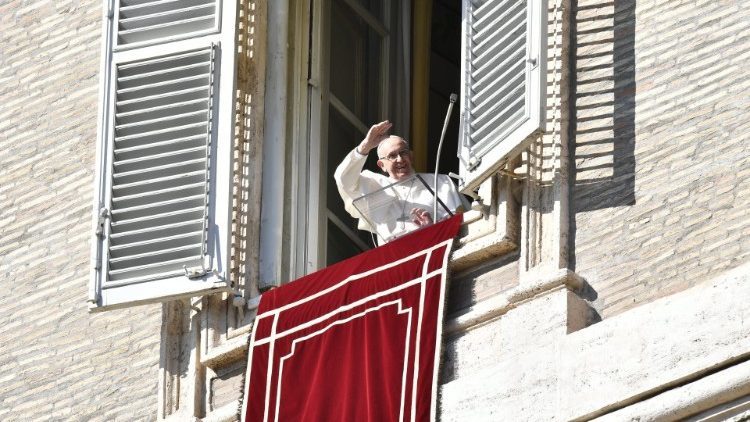 Before reciting the Angelus Pope Francis addressed the faithful gathered in St Peter’s Square on Sunday. Basing himself on the Gospel of the day, the Pope asks us to emulate the “poor and generous widow as the model of Christian life.”

Pope Francis began by distinguishing the two groups presented in today’s Gospel. The first group includes “the important, the rich, and the influential”; the second, “the least, the poor, and the weak”. The former look down on the latter, he said.

Jesus “denounces the oppression of the weak categorically based on religious motives”. He offered his disciples a living example—the poor widow—in order to impress this lesson on them. Her gesture of offering all she had is filled with “religious and spiritual significance”, he said.

What Jesus taught his disciples can help us “recuperate what is essential in our life and to foster a concrete and daily relationship with God”, the Pope continued. It reminds us that the Lord measures quality, not quantity and that He “scrutinizes the heart and sees the purity of intentions”

Let’s think of the poor widow

The poor widow teaches us to rid our acts of charity of all ritualistic and formalistic attitudes, the Pope explained. “We do not know [the widow’s] name, but we know her heart; that is what counts before God.” We can think of her, he said, when we are tempted to do things for appearance sake, or when we want to attract attention to our good works.

He concluded asking “Mary, the poor woman, who gave herself completely to God” to help us as we resolve to not simple give “something” but “ourselves” to the Lord— making of ourselves “a humble, generous offering”.

Military Chaplains: Ministering on the ‘front lines’ of the faith