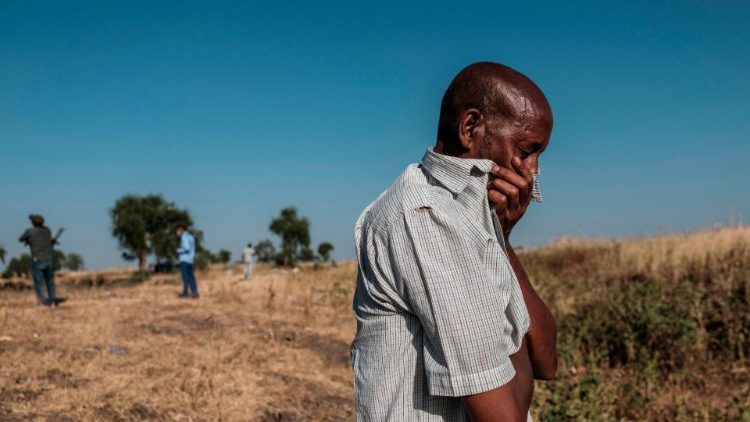 Pope Francis appeals for an end to violence and the restoration of peace in Ethiopia’s Tigray region, as the Prime Minister announces an assault on the regional capital.

In a statement released by the Holy See Press Office on Friday evening, Pope Francis voiced his concern for the situation in Ethiopia’s Tigray region, as well as surrounding areas.

“Because of the violence, hundreds of civilians have died and tens of thousands of people are forced to flee their homes to Sudan,” the statement read. “During the Angelus on 8 November, Pope Francis, referring to the ongoing conflict in Ethiopia, said: ‘While I urge that the temptation of an armed conflict be rejected, I invite everyone to prayer and to fraternal respect, to dialogue and to a peaceful resolution to the disagreements.’”

In the statement, the Pope also lamented the worsening humanitarian situation.

“The Holy Father, in calling for prayer for this country, appeals to the parties to the conflict to stop the violence, to protect all lives, especially those of civilians, and to restore peace to the people.”

Meanwhile, Prime Minister Abiy Ahmed has received three African ex-leaders working on behalf of the African Union. Joaquim Chissano of Mozambique, Ellen Johnson Sirleaf of Liberia, and Kgalema Motlanthe of South Africa all arrived in Ethiopia for talks on Friday.

The AU called for an immediate halt to hostilities on 10 November, but the conflict only spiralled further out of control.

Now, Abiy’s army is currently poised for a final offensive against regional forces in the Tigray region. Three weeks ago, he deployed the national Army on an offensive against local troops in Tigray after accusing them of attacking federal troops.

He said the military would bring an end to the fighting in the region and remove its leadership, which his government regards as illegal.

As it stands, the Tigray People’s Liberation Front (TPLF), which holds control of the northern region, still refuses to surrender its rule.

Abiy’s forces are currently near Mekelle, a city of 500,000 people. The TPLF said its forces would stand firm, as soldiers dug trenches and prepared fortifications.

Over the last few weeks, thousands have died and more than 30,000 refugees have fled to Sudan. Reports suggest this conflict is already spilling into Eritrea and destabilising the wider Horn of Africa.

On Friday, the UNHCR said nearly 100,000 Eritrean refugees in Tigray could run out of food as early as next week if supplies cannot reach them.

The UN are hoping to raise US$200 million to cover food, shelter and the other urgent needs of refugees, with plans to help 200,000 people over the next six-months.