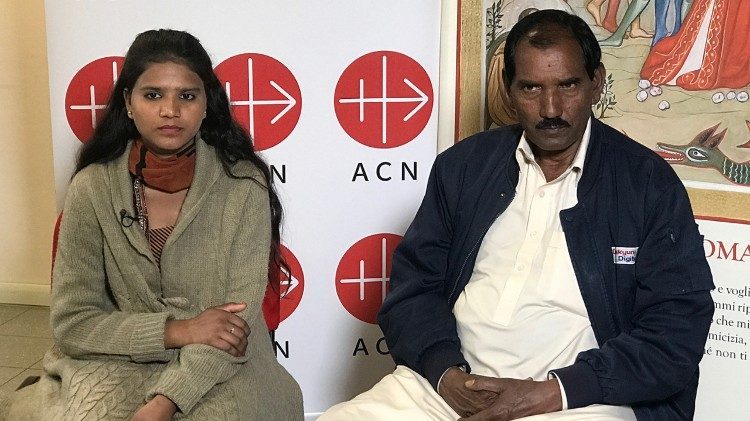 The fate of the first Catholic woman to be condemned to death under Pakistan’s controversial blasphemy laws, will be decided next week.

Asia Bibi has been held in solitary confinement since November 2010, when she was sentenced to hang for insulting Prophet Muhammad, an allegation she denies.

The Supreme Court of Pakistan has set up a three-member bench headed by Chief Justice Mian Saqib Nisar and comprising Justice Asif Saeed Khosa and Justice Mazhar Alam Khan Miankhel, to hear the final appeal against the execution of Asia Bibi on October 8.

The court has issued a notice to the additional prosecutor general of Punjab Province to be present for the hearing.  Also in attendance will be lawyers Syed Fayyaz Ahmed Sherazi, Saif-ul-Malook Chaudhry, and others.

The Supreme Court ‎had earlier adjourned her death sentence appeal on October 13, 2016, after one of the 3 ‎judges recused himself ‎from the case.‎

So far nobody has been convicted under blasphemy laws which were introduced by former military dictator Muhammad Zia-ul-Haq in 1980s.

Insulting the Prophet Muhammad in Pakistan is a crime punishable by death, while offending the ‎ Koran, Islam holy book, incurs life imprisonment.

The blasphemy laws remain an extremely sensitive issue in ‎the predominantly Muslim nation and they have ‎drawn intense criticism even within the country.  Rights ‎organizations say the law is often misused to settle personal scores.‎

Former Punjab governor Salman Taseer and Catholic ‎minister Shahbaz Bhatti were both assassinated in ‎2011 after they defended Asia Bibi and spoke out ‎against her death sentence and the misuse of ‎the blasphemy laws.‎‎

Asia Bibi has been detained since 2009 on charges of blasphemy reported by Muslim women and an Imam, following an argument over sharing a bowl of water with fellow workers in a field.  In November 2010 she was given the death sentence by the lower court in Nanka district and four years later the verdict was confirmed by Lahore High Court.

If Asia Bibi’s appeal is rejected by the Supreme Court, her only recourse will be a direct appeal to the President for clemency.  If that fails, she could become the first person in Pakistan to be executed for blasphemy.

Ashiq Masih, the husband of Asia Bibi told Catholic News Service on Friday that if his wife is released, the entire family will immediately seek sanctuary in one of several countries that have offered them exile, because it is too dangerous for them to remain in Pakistan.

Ashiq, a builder from Sheikhupura, Pakistan, was in England with his youngest daughter, Eisham Ashiq, as guests of Aid to the Church in Need, a Catholic charity helping persecuted Christians.

Earlier in 2010, Pope Benedict XVI had added his voice to international calls for the release Asia Bibi.  During a special event organized in Rome on 24 February to express solidarity for those persecuted for their faith across the world, Pope Francis had a private meeting  with Ashiq and Eisham.