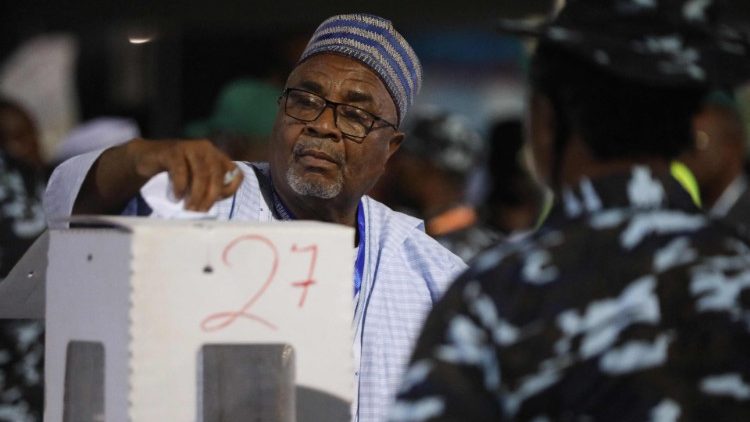 The Catholic Secretariat of Nigeria expresses its opposition to political parties presenting presidential candidates and their respective running mates from the same religious denomination in the General elections scheduled for next year.

The Catholic Secretariat of Nigeria (CSN) has advised political parties against presenting a Muslim-Muslim ticket as the country prepares for the upcoming 2023 general elections.

In a statement on Tuesday signed by the CSN Secretary-General, Very Rev. Fr. Zacharia Nyantiso Samjumi and the Director for Social Communications, Very Rev. Fr. Michael Nsikak Umoh, the Secretariat kicked against the agenda in light of the current situation in the country “that has unfortunately been badly polarized.”

With the process towards the 2023 polls already initiated in the country, the CSN pointed at some things to be happy about in the electoral process but said there are other aspects that are causes for concern.

Notable among the positive aspects, according to the CSN, is the passing of the Electoral Act 2022 which allows for electronic accreditation and capturing of results, the prompt release of the election timetable and the electorate’s renewed confidence in the election process.

However, the Secretariat expressed concern “that the conduct of most of our politicians seems to be going from bad to worse as we witnessed a show of shame and heightened ugly culture of money politics during the recently held primaries.”

“We must not lose sight of the fact that the unity of this country has, over the years, been maintained by a delicate balancing of the religious and the regional,” the statement stressed.

In this regard, the Secretariat made reference to past governments in Nigeria’s history, noting that even in the “despotic military era, most juntas ensured a balance of the religious architecture in their regimes” including their choice of the heads of the various military formations and the different government parastatals.

However, noted the CSN, “some individuals have tried to suggest the Muslim-Muslim ticket for the Presidential election in a country like Nigeria that has unfortunately been badly polarized.”

The Catholic Secretariat said that there is nothing ordinarily wrong with a Muslim-Muslim  or Christian-Christian ticket in a democratic dispensation where there is mutual trust and respect for the human person, and the common good is the overriding desire of those seeking political office, however, “one cannot really say so of our country at the moment.”

In light of the “present glaring crisis and division in the nation”, CSN called on political parties to present a more inclusive ticket, cautioning that a Muslim-Muslim ticket “would be most insensitive and a tacit endorsement of the negative voices of many non-state actors who have been threatening [the] nation’s unity and peaceful coexistence without an arrest.”

“In pursuit of peace, it is imperative to remind everyone that all Nigerians, irrespective of creed or region, are equal,” CSN insisted, adding that as such, “there must be sensitivity in the spread of political positions without compromising competence.”

Concluding with the insistence that “there is no alternative to peace,” the Catholic Secretariat invites Nigerians, individually and collectively, to do everything in their power to “seek and work for unity and justice, so that we may attain the peace we all desire.”

‘The Eucharist is my strength’: the story of Sr Alicia Torres