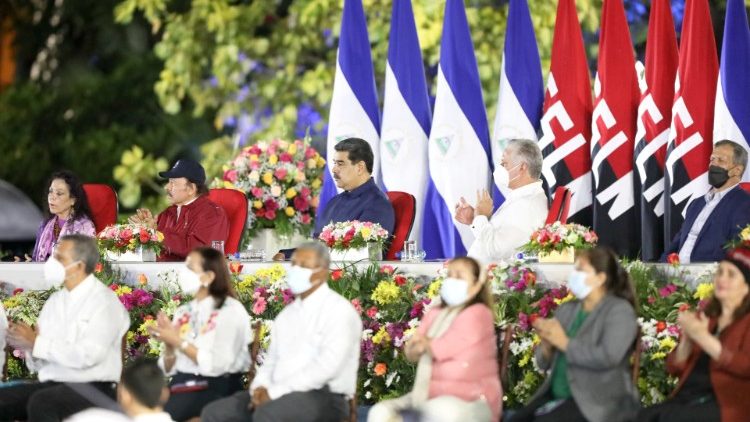 The US Government has slapped more sanctions on the Government of Nicaragua, following the Inauguration of President Daniel Ortega, who`s starting his fourth term.

The US led sanctions bit hard as Daniel Ortega was inaugurated President alongside Wife Rosario Murillo, who`s Vice President. The US Treasury Department said they will affect six officials, including the Foreign Minister, accusing them of repression. This was backed up by US Secretary of State Antony Blinken who said: “New sanctions and visa restrictions target those complicit in the Ortega-Murillo regime`s repression including politically motivated arrests and efforts to stifle an independent media. We stand with the Nicaraguan people.

More than a dozen potential political rivals of Ortega, were arrested mostly under recently passed, enacted and enforced sovereignty laws prior to the November 7th Presidential and Congressional Elections, which were criticized internationally. Election Observers from the European Union and the Organization of American States, were prevented  from monitoring the process, while international journalists were stopped from entering the Country. The EU has imposed travel bans and frozen assets for the families of the ruling couple saying: “Those targeted are responsible for serious human rights violations including repression of civic society, support of fraudulent Presidential and Parlimentary Elections and undermining the rule of law and democracy.  Seventy five of the ninety new Legislators sworn into the new Congress, are members of Ortega`s Sandanista Party.

The Gambia: Bishop urges compatriots not to lose faith in God even when faced with challenges.

Jesus shows the way from littleness to greatness: Pope At Christmas Night Mass: