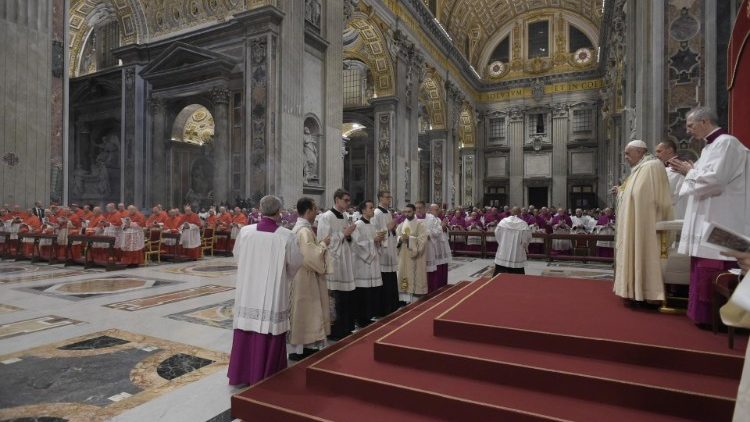 The ‘live broadcast,’ with Pope Francis on the 31 December for the “Te Deum” prayer, on Vatican Radio’s English Africa Service gets an additional Shortwave frequency.

Shortwave Radio listeners in Southern Africa can join Pope Francis for the live Evening Prayer (Vespers) and the thanksgiving prayer known as, Te Deum, on an additional Shortwave frequency of, 9705 kHz on the 31-metre band. The Vespers and Te Deum will begin at 5 pm local time in Rome which is 16 hours UTC.

On 31 December every year, the Pope leads the universal Church in a Solemn prayer of Thanksgiving to God for the year just ending. Usually, this Solemn prayer takes place in St. Peter’s Basilica and comes at the end of the evening First Vespers on New Year’s Eve.

The end of the year Te Deum is  thus a prayer of thanking God for the year just ending. According to tradition, the Te Deum prayer has been sung (prayed) in the Church since the year 1700. This year, 2020, the end of the year Te Deum takes on special significance given the suffering brought about by the COVID-19 pandemic.  For most people 2020 has been a disastrous year: annus horribilis, to use the Latin term. Yet as St. Paul says, “… for all things give thanks” (1 Thessalonians 5:18).

Irish Church Leaders: Covid-19 and Brexit remind us of our interconnectedness

Massacre by rebels leave many dead in western Ethiopia