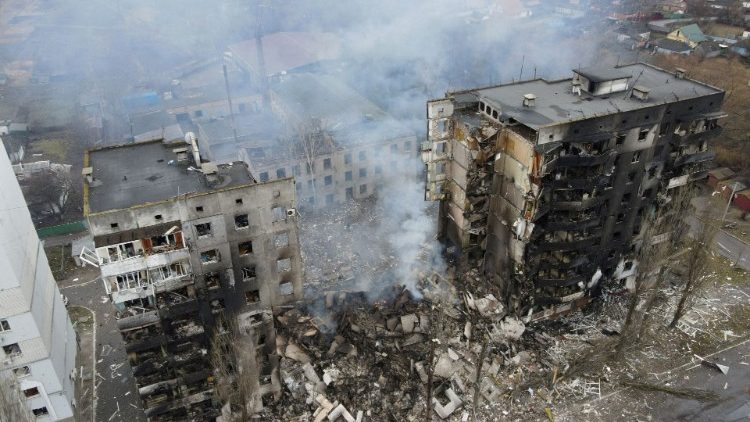 The secretary-general of the NATO military alliance, Jens Stoltenberg, has warned Western nations to prepare for a long war in Ukraine, adding to global concerns about worldwide food shortages linked to the conflict which has entered its 100th day.

NATO chief Stoltenberg predicted many more days of fighting in war-torn Ukraine. “We just have to be prepared for the long haul. Because what we see is that this war has now become a war of attrition with the Ukrainians paying a high price for defending their own country on the battlefield,” he told reporters. “But also, we are seeing that Russia is taking high casualties.”

Though Moscow made military gains in Ukraine’s east, Stoltenberg claims that Russian President Vladimir Putin failed in his main objective. “President Putin wanted less NATO, and therefore he invaded Ukraine. But he is getting more NATO, with more NATO presence in the eastern part of the Alliance and also with more members. And the decision by Finland and Sweden to apply for NATO membership – they are historic decisions,” he stressed.

“And Finland and Sweden as NATO members will strengthen NATO and also strengthen our transatlantic bond,” Stoltenberg added.

NATO state Turkey has, however, threatened to veto Sweden and Finland’s membership, citing their alleged support for what it views as Kurdish terrorists. However, Stoltenberg said he is still hopeful a solution can be reached in upcoming talks with the countries’ leaders.

He spoke after talks at the White House with U.S. President Joe Biden, who has pledged to deliver advanced rocket systems to Ukraine as part of a new $700 million military aid package.

Washington sent the weapons despite warnings by Moscow this could lead to a direct military confrontation between Russia and the U.S.

Ukraine says it does not plan to use the U.S. rocket systems with a range of almost 50 miles or 80 kilometers to reach targets inside Russia.

However, the weapons may arrive too late to prevent the loss of more territory. Ukrainian President Volodymyr Zelensky says Moscow’s troops are in control of 20 percent of Ukraine.

Fighting continues, especially in the key eastern city of Severodonetsk, which is now primarily controlled by Russian forces. Taking Severodonetsk would mean Russia has almost all of the Luhansk area. It is part of Moscow’s attempt to capture the wider eastern Donbas region, Ukraine’s industrial heartland.

The war has global implications. Besides rising energy prices, United Nations officials warned of global food shortages due to a Russian naval blockade of grain-producing Ukraine.

The chief of the African Union of Africa’s 54 countries, Senegal’s President Macky Sall, met his Russian counterpart Putin in the Black Sea resort of Sochi to discuss the crisis.

He urged Putin to release much-needed stocks of grain stuck in Ukraine, saying many countries across Africa and the Middle East face alarming levels of hunger and starvation.