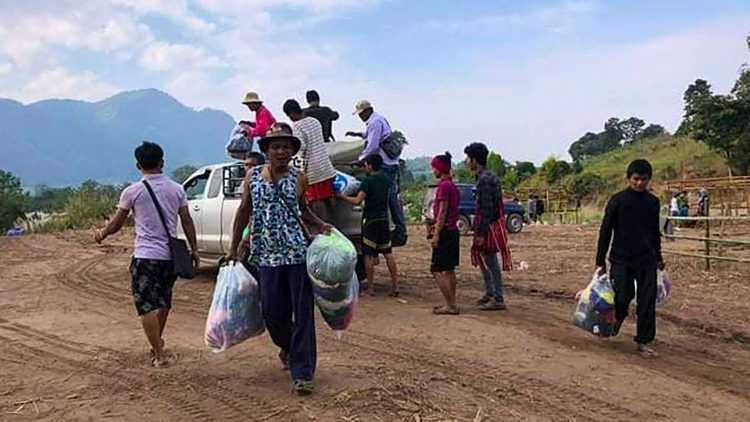 The 35 victims of the latest Myanmar massacre including two young children, are all Catholics from a village near Hpruso, in Myanmar’s Kayah state.

A funeral ceremony was held on Wednesday morning for the 35 civilians, all of them Catholics, killed on December 24 in Hpruso township in Kayah state in eastern Myanmar. The charred bodies of the victims, including two small children and two local workers of the non-profit “Save the Children” organization, were found in two trucks on Saturday morning by fighters of the “People’s Defense Forces” (PDF).

Myanmar opposition activists have blamed the massacre on government soldiers fighting armed resistance militants opposing the military junta. On Tuesday, the UN’s Under-Secretary-General for Humanitarian Affairs and Emergency Relief Coordinator, Martin Griffiths , called for “a thorough and transparent investigation”, firmly condemning the incident and all attacks against civilians throughout the country.

Local sources of the Diocese of Loikaw, which covers the area where the massacre happened, told Fides Agency that the military have finally allowed the victims’ relatives to access the area and collect their remains to bury them. However, the local parish priest was not allowed to celebrate a funeral Mass, so local catechists presided over a simple ceremony instead.

One of the catechists told Fides that the entire community is terrified and shocked at the cruelty of the attack: “They were innocent people who were running away from the fighting. The army has become merciless and is terrorizing and massacring people”, he said.

The attack, which occurred amid escalating violence in Myanmar following the military coup of 1 February, has shaken the people and the Catholic Church in the country.

Cardinal Charles Bo of Yangon condemned the massacre in the strongest terms, saying it is “a horrific atrocity”. While urging, yet again, the military to stop “bombing, shelling, and killing,” the head of the Catholic Bishops of Myanmar has also called on the democracy movement and armed ethnic groups “to strive earnestly for peace.”