Mozambique: The Diocese of Tete begins beatification process for the Chapotera Martyrs. 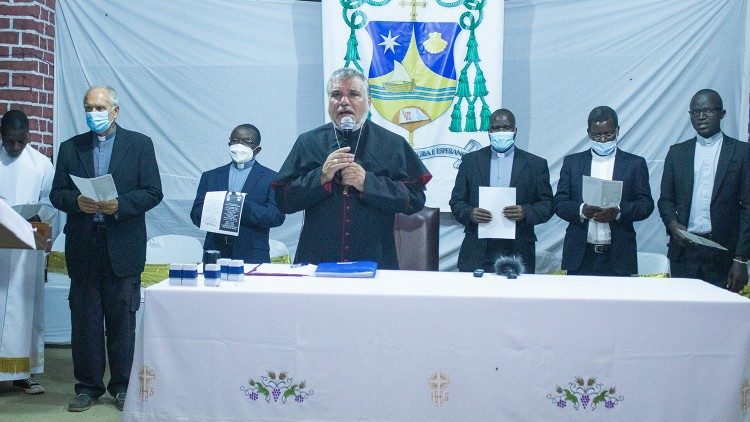 Two Jesuit priests, Sílvio Moreira, a Portuguese, and João de Deus Kamtedza, a Mozambican, aged 44 and 54 respectively, were assassinated in October 1985 at the mission of Chapotera, in the province of Tete, central Mozambique.

In the hope that they will be proclaimed saints in the future, the Diocese of Tete has begun the process towards the beatification of the Jesuits killed in Chapotera.

Killed for defending victims of war

This week, in a ceremony at the Diocesan Shrine of the Immaculate Conception, and presided over by Bishop Diamantino Guapo Antunes, I.M.C., the process towards beatification was explained to the people. The Bishop said the first step was to verify the cause of their death.

During the event, Father Giancarlo Sandro Faedi, a Missionary of the Consolata, was presented as Diocesan Postulator for the Cause of the Martyrs of Chapotera. Fr Faedi said the priests were martyrs of the faith who were killed because of their stand in defending victims of war and oppression at the time.

From the Jesuits, a sense of gratitude

Present at the ceremony was a member of the Jesuit Province for the Southern African Region, Father Virgílio Costa. He shared the sense of joy and gratitude of the members of the Society of Jesus for the start of the beatification process.

Bishop Diamantino has established a Diocesan Tribunal to be presided over by Father Vital Conala. It also includes a promoter of justice, Father José Codiasse and notaries, Fathers Angelino Augusto and Afonso Mucane.

The beatification process, said the Bishop, will be carried out in accordance with the norms of the Church. The first session of testimonies from witnesses is scheduled for January 2022.

This week’s ceremony was also marked by a pilgrimage to the Diocesan Shrine. Two deacons and three diocesan priests were also ordained.

In addition to the step taken for the Chapotera martyrs, the beatification process of the Martyrs of Guiúa is also underway in Mozambique. These were lay Mozambican catechists and their families, killed in hatred of the faith on 22 March 1992 while participating in a formation course at a Catechetical Centre in the Diocese of Inhambane.