Mozambican version of World Youth Day to be held in Nampula. 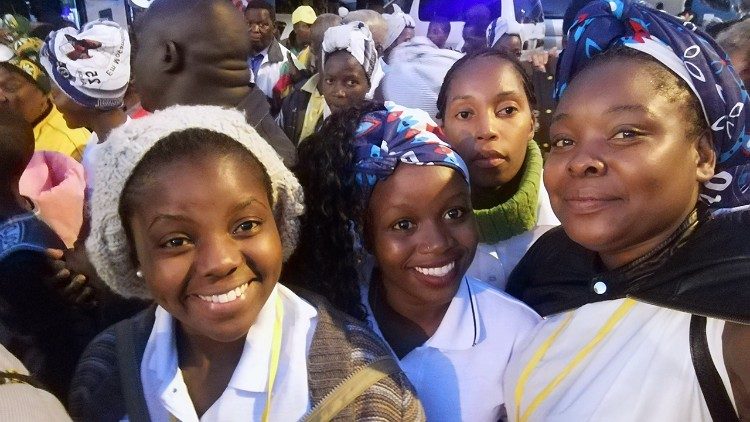 Mozambique’s Second National Youth Day will take place from 17 to 20 November in Nampula, under the theme “We have found the Messiah” (Jn 1:41).

Mozambique’s Second National Youth Day 2022 has now been confirmed for the city of Nampula, which is the capital of Nampula Province in Northern Mozambique. The event comes almost four years after the first meeting of its kind was held in the Mozambican city of Chimoio.

The national youth gathering will be used as an opportune moment to prepare Mozambican youth for the great event of World Youth Day – Lisbon 2023. This is according to the Archbishop of Nampula and president of the commission for youth pastoral ministry at the Episcopal Conference of Mozambique (CEM), Inácio Saúre, I.M.C.

Archbishop Saúre said preparations began immediately after the Archbishop of Lisbon in Portugal, Cardinal Manuel Clemente, reached out to the Episcopal Conference of Mozambique with an invitation. Cardinal Clemente encouraged the Mozambican Church to prepare the youth to participate in the Lisbon WYD 2023 “since it is also the desire of the Holy Father that there be many young Portuguese-speakers at the WYD events,” Archbishop Saúre quoted Cardinal Clemente.

Archbishop Inácio Saúre further said organisers in Mozambique are already processing information about requirements for participation, such as registration, visas and information about the possibility of those young people who want to go a little earlier for Mission Week, which always precedes WYD.

The Archbishop of Nampula then recalled that the Mozambican WYD has had to be postponed twice because of the coronavirus pandemic in 2020 and 2021. When the event was initially planned, more than five thousand young pilgrims were expected to attend. At the moment, organisers are still assessing and remain hopeful. If the situation of the pandemic improves, they would like to open the event to more participants. “The young people are very enthusiastic, very interested, and in the meantime, our preparations continue,” assured the Nampula Archbishop.

Lessons from the first Mozambique WYD

“The Chimoio event allowed us to begin these kinds of youth gatherings, despite initial hesitation, difficulties and wondering if we would be able to manage them. So, we saw that it was possible to carry out and successfully carry out these kinds of gatherings. The young people and the entire ecclesiastical province of Nampula welcomed the challenge of organising what will be the second national WYD in Mozambique. It will undoubtedly be an occasion for young people to prepare themselves in the best possible way for the World Youth Day of Lisbon 2023,” the Archbishop assured.

Mozambican youth are active in the Church

Archbishop Inácio Saúre also spoke of a climate of great hope among the country’s young people.

“The Mozambican Church is young because the Mozambican population is mostly composed of young persons. The young Christians of Mozambique are well represented in the life of the Church. For now, the Church is not really worried about the absence of young people in Church because they are there and participate effectively,” he said.

Perhaps the great challenge is that the local Church has yet to outline a comprehensive pastoral programme to accompany young people.

“The young people of this country are thirsting for God. We see youth who care about the Church and want to live as full members of the Church. But we know also that our young people have many hurdles and challenges in terms of formation and education. They need accompaniment to achieve their aspirations. Part of that accompaniment needs to be spiritual accompaniment,” said the Nampula Archbishop.

Vatican summit to foster inclusion and access to sport for all