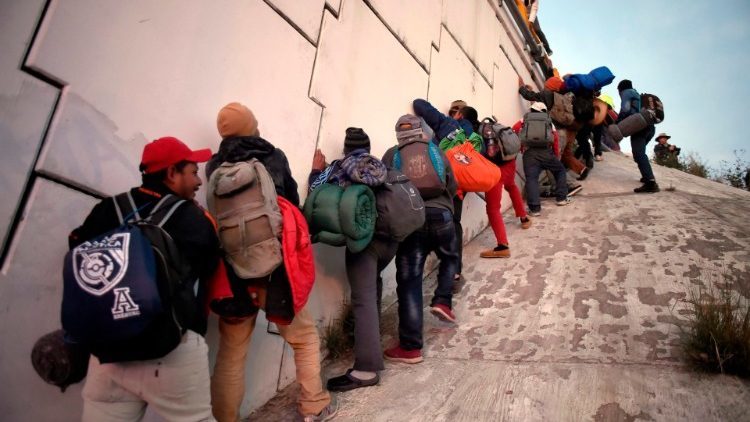 Sympathetic members of the public and truck drivers speeded weary and footsore migrants to their next destination of Guadalajara. When they reached it Authorities bussed them to the Benito Juarez Stadium where there`s food, medical care, blankets and access to the internet, so they can contact their families. So far 2,697 migrants have applied for temporary visas in Mexico, mostly as a fall back position if their long trek proves fruitless and bitter.

Caravan one started from Honduras on October 13th. In one month on the road, they`ve progressed almost 2,000 kms. Now their aim is to follow the Pacific Coast route all the way to Tijuana, which borders San Diego. That`s another 2,500kms. The ignition key to easing their ultra distance marathon is…. transportation. Up to now, Mexican Authorities, mindful of their giant Northern neighbor, have been reluctant to provide long haul bus rides. Hitching lifts won`t solve the overall problem of a huge mass of people, many of whom confide that they want to stick together, insisting there`s safety in numbers.

Pope to Spain’s religious: ‘Be prophets of hope’