#MeToo for every woman: victims of religious persecution speak out 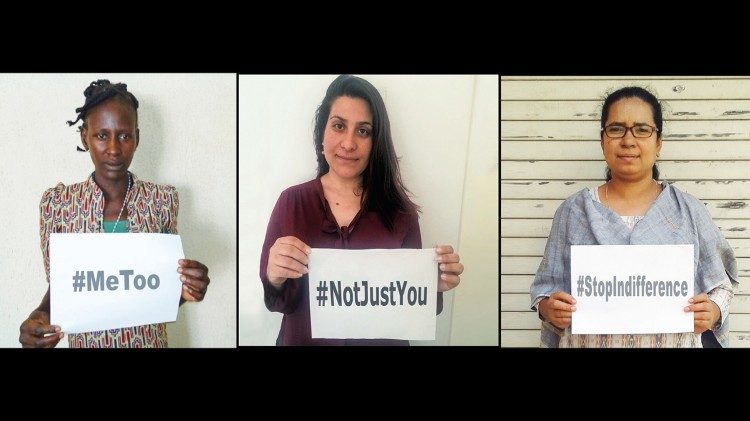 “Dear Asia, Meryl, Sharon, Uma, and all of you who have called the world’s attention to the scandal of the violence endured by women in the West”.

Gratitude for the #MeToo initiative

So begins the appeal, an open letter written by the Pontifical Foundation Aid to the Church in Need. It appeared as a one-page, full color ad in a recent Italian edition of Vanity Fair. The letter goes on to say that thanks to the #MeToo initiative backed by these four and many other celebrities, public opinion has been sensitized regarding the horror of rape, and other forms of sexual assault endured by women.

The Pontifical Foundation then states that they have been helping persecuted Christians in every corner of the globe for over 70 years. In addition, the letter says, they “denounce the violation of the freedom of whatever faith”.

Meet the victims of religious persecution

“We would like to introduce Rebecca, Dalal, and Sr Meena” (pictured in the photo above). These are three of the faces of women who are persecuted because of their religious persuasion. Behind these faces tens of thousands of others remain hidden. “They are persecuted and assaulted without every receiving the slightest solidarity or visibility through social media or through other news outlets.”

Dala is now 21 years old and lives in Iraq. She experienced violence at the hands of Isis.

…I was 17 years old when I was kidnapped and sold as a sex slave to 9 different men within 9 months. My mother and sister are still being held prisoners by Isis.

Sr Meena lives in India and was attacked by Hindu extremists.

…They raped me and beat me. Then they made me walk naked for 5 km while the crowd continued to hit me. The saddest thing about that day was the indifference of the police who were present and who ignored my cry for help. They did not protect me from those who were assaulting me, because in India the police do not help those who belong to religious minorities.

They need you, too!

“These women need you too!” The Pontifical Foundation asks that the movement go beyond the confines of the west so as to make visible the suffering of other women living on the other side of the world who have no one to speak on their behalf.

“The solidarity of actresses as famous as you are would break the indifference. Thanks for whatever attention you would like to give to these women – signed Aid to the Church in Need, Italy