Meeting the challenge: Bishops say synod can make a difference 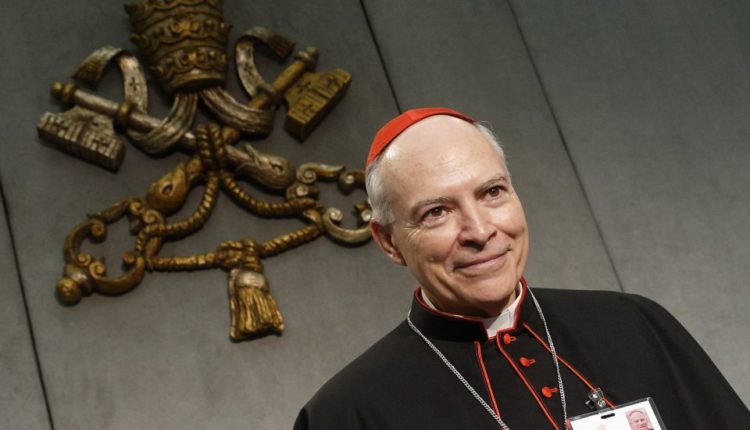 Briefing reporters Oct. 10, the archbishop also used the phrase “deep and profound change,” but he expressed his belief that the synod Oct. 3-28 would give the Catholic Church a good start at responding to those changes.

“We are an institution which has the strength to get up, to put the questions on the table and to think and to pray and to discern, not with opinions clashing, but with a great listening ability in order to see and feel what God wants us to do,” Hollerich said.

Cardinal Carlos Aguiar Retes of Mexico City, who joined the archbishop at the briefing, told reporters that synod members are committed to changing the church’s “modus operandi” when it comes to helping young people grow in faith and responsibility.

The presence at the synod of 36 observers who are under the age of 30 also “helps us open our eyes more,” the cardinal said.

For the cardinal, the climate of violence and uncertainty in his country is a major concern for young people, their parents and the church.

Violence increases when there is social inequality and a lack of consistent justice, which leads to people hesitating to report crime and criminals being emboldened, he said. Organized crime has increased and the criminals are well armed. Mexico does not manufacture weapons “but our neighbors to the North” — in the United States — “have a large industry, and they arrive from there.”

Summarizing the talks at the synod, but not identifying the speakers, Paolo Ruffini, prefect of the Dicastery for Communication, told reporters that one member of the synod spoke of the dangers of new forms of totalitarianism and political populism.

“As a bishop, I’m very concerned about populism” because it could destroy the process of European unity and integration, which while imperfect “has given peace to the continent and is a factor of peace in the world,” Hollerich said. “Populism is putting all of this into danger.”

While the synod has not been focusing on politics, the archbishop said emphasizing church teaching on care for the weakest and poorest members of society “is the best answer against populism,” because the political movement relies on a certain level of selfishness.

Hollerich said he didn’t want to be “too sharp” in his response, but “if I said ‘Luxembourg first’ — it’s a little bit strange because we are so small — it means that I am just concerned about the happiness of Luxembourg citizens and that all the other people do not matter so much.”

“Now, if we in the church focus on the weakest, on the poorest, on the marginalized, then we are doing prevention against populism,” the archbishop said.

Ruffini gave a brief overview of speeches given at the synod late Oct. 9 and at the morning session Oct. 10. They included:

— How does the church retell in the words of today the story of the rich young man who asks Jesus what he must do to gain eternal life? For many today, the question would be, “Master, how can I live my life to the fullest?” but young people today often ask the wrong person and receive answers that really aren’t good for them. The right question is how can they empty their hearts and create space for something much greater: self-giving.

— “We are all used to going to a search engine for answers to our questions, especially young people. But what is the search for God in a time of search engines? The church is not and cannot be reduced to a Google-god. In a world of answers, perhaps what we have lost are the questions, and that is where discernment begins and accompanying young people as they ask the right questions. God is not a tranquilizer, not chamomile tea for our fears.”

— A need to look at seminaries and the way they prepare students. “A seminary must be rigorous but should not be a place where a young man enters and immediately ceases being a young man. Seminarians should not homogenize the students.”

— A pastoral program that promotes vocations to the priesthood and consecrated life must include a component of family outreach because, while many families join the church’s prayer for more vocations, many times “it is the family that blocks a young person’s vocational discernment, thinking they are doing so for the good of their son or daughter.”

— Another synod member said the church must recognize that “the church has failed” when it comes to preparing couples for marriage and accompanying them in the first months of their married life. The church must help young couples understand “the exalted fullness of ‘forever’ and not to equate the sacrament with a ceremony.” Ruffini said that on that point, the young people in the hall voiced their “lively approval.”