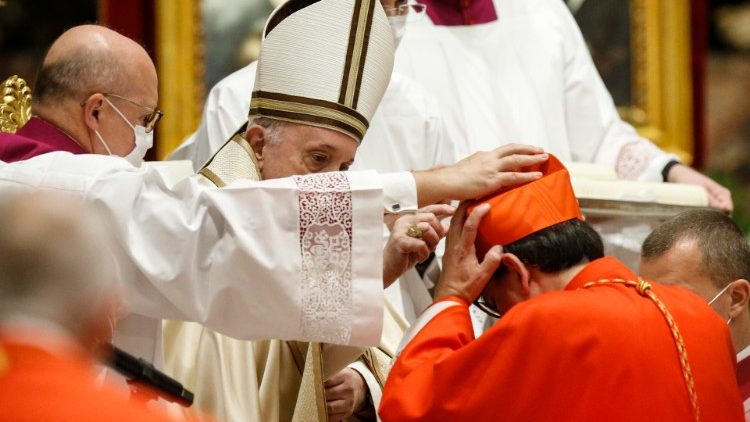 In a wide-ranging interview with Vatican News, meet Cardinal-elect Virgilio do Carmo da Silva of Dili, who will become East Timor’s first Cardinal at the end of August.

For the occasion, the 54-year-old future Cardinal granted a wide-ranging interview to Vatican News, where he discusses his small Southeast Asian island nation with an overwhelmingly Catholic majority.

During the conversation, he elaborates on the reality in his country, his own vocation and spirituality, and what sees as being the Church’s most important priorities and challenges at the moment.

What had you been doing when you learned Pope Francis named you Cardinal? What do you think motivated his nomination?

I was with my brothers in a retreat house when Pope Francis made the announcement that May 29th, the Sunday observing the Feast of the Ascension, and unexpectedly, I get a call from the representative of Holy See here in East Timor, with a ‘Congratulations!’ I had to ask him why he was congratulating, and once he told me, needless to say, we immediately drove back to Dili. Then more and more, calls and messages, from faithful, government, and religious brothers and sisters, kept coming in.

During the night, the feeling of unworthiness was disturbing me, all night long, until I woke up for the morning Mass. In my struggles to accept the “will of God,” I came to realize that this is a gift God made through the Holy Father, for the people and Church of East Timor.

The Catholic Church of East Timor, which recently accomplished 500 years of existence, and the country, which just celebrated 20 years since gaining its independence, deserve it. [It’s] not for me, but for the people of God here in Timor Leste. It is a concrete occasion affirming the identity of this small country in the Southeast Asia with 96% Catholics.

The Catholic tradition is a fundamental element of East Timor’s national identity, and, as you mentioned, your country just celebrated its 20th anniversary of independence. You are the first Cardinal of East Timor, what does the appointment of a cardinal from your island mean to your country?

It means a great deal. The Catholic identity in our country is palpable. To illustrate, during the celebration of the 20th anniversary of our independence, the National Parliament adopted the Document on Human Fraternity signed by Pope Francis and the Grand Imam [of Al Azhar] in Abu Dhabi. I think we may be the first Asian country to have done so.

The Document’s adoption is telling, and affirms the identity of the people who majority are Catholics.

The news of appointment brought great joy and pride to most of the Timorese People. The Timorese government also is sending three delegations to the Consistory.

You are a Salesian priest. How did you discover your vocation to the priesthood, and why did you choose to become a Salesian?

The history of my vocation is very simple because when I finished elementary school, I really wished to go to junior high school and the only one by me was run by the Salesians,  for those aspiring to be future Salesians. When I approached the Salesians, they were so kind, accepting me to stay and study there. I gradually discovered my Salesian, as well as priestly, vocation.

East Timor is the second-most Catholic country in the whole of Asia, after the Philippines. Your country has an overwhelmingly Catholic majority, more than 96 percent. What are the most urgent pastoral challenges of the Church in East Timor?

The history of the Catholic Church in East Timor is unique and has contributed to the challenges we face. Even if the first evangelization began earlier than the 16th Century, and the process of evangelization was slow, during the Civil War from 1975 to 1999, the number of Catholics grew dramatically and rapidly due to various political, social and economic factors. In 2002, East Timor regained its independence, as a young country in the Southeast Asia and with a population that is majority Catholic.

The task of Catholic Church during these two decades was a struggle, as it worked to provide good accompaniment, and to consolidate and mature the faith of the people, in this transitional period.

In these years, we must address formation and education in faith. It is necessary to take on these challenges. We must ensure those providing formation are well-qualified, especially in the seminaries. We must form well the lay people, especially catechists and other lay volunteers, in order help us deepen the faith of the people. The catechists must have solid formation, and it is important the various categorical groups which exist in each parish, are empowered.

The targets of our apostolate are especially families, children and young people, the priorities of our pastoral.

Photo of life in Timor Leste during the Covid-19 pandemic

One of the urgent needs we need to pay attention to is the young people leaving our country because of poverty and unemployment. The Church is still studying how to provide assistance to those who are away from their homeland.

Twenty years after independence, East Timor is still at the bottom of international rankings measuring economic development and well-being. In your opinion, what has held back your country’s development in the last 20 years?

There are a lot of factors contributing for this, but the most responsible one is political instability, especially during those two decades before regaining our independence.  This situation often does not convince investors to invest in the country because of security reasons. Covid-19 has also brought its own set of crises.

Asia is so diverse, but how would you describe its unique place in the Asian continent and South Asia?

The uniqueness of East Timor in Asia, is that we speak of one island belonging to two countries, Indonesia and East Timor. It maintains a peaceful relationship with our neighboring country Indonesia. In spite of our bitter history in the past,  we have reconciled, forgiving and forgetting our past, and now are enjoying a good relationship.

While Catholics constitute the majority in the country, we enjoy good relationships with everyone because we are all children of this country.

The last Pope to visit East Timor was St John Paul II in 1989, when the country was not yet independent. What did that visit mean for the Timorese?

The visit of Pope John Paul II to Timor Leste was unique and very important for the People of Timor because he was and still is, the first Pope to visit this land. Now this land is a new country. The Pope’s visit then was a moment of manifesting to the world that there is a community of people living in this corner of the world who long for freedom.

The Pope’s visit not only was a moment to animate the faith of the people but also a moment of hope for Timorese who were oppressed in those years.  The words of the Pope in those years ‘You are the Salt of the Earth and You are the Light of the World’ are still echoing in the ears of many Timorese today.

Holy See: Ensure the peaceful use of energy