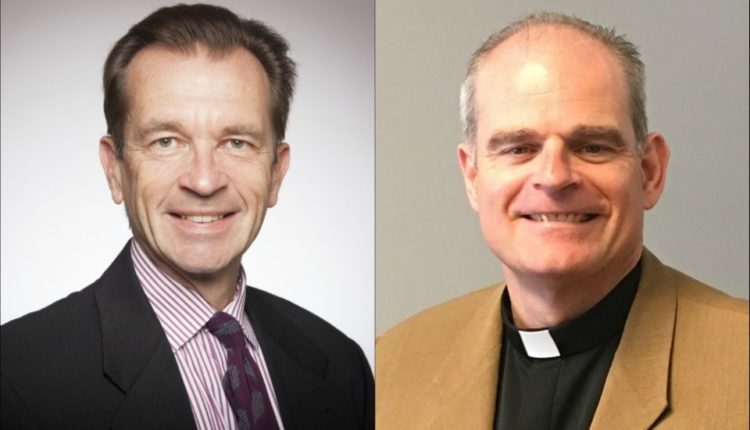 A “powerful, new moment in the ongoing crisis” of sexual abuse and authority exploitation in the Catholic Church will be the focus of an Oct. 9 panel discussion at Santa Clara University.

Titled “The Catholic Church and the Catastrophe of Clergy Sexual Abuse,” the noon event at the Jesuit university’s de Saisset Museum will feature four panelists, including Thomas Plante, a former vice chair of the U.S. bishops’ National Review Board on sexual abuse issues; and Fr. Brendan McGuire, a pastor in San Jose, California, who made national headlines last month when he revealed for the first time during a homily that he had been abused by a priest 35 years ago.

The approximately 90 minutes of presentations and open discussion will be livestreamed, according to Miriam Schulman, associate director of Santa Clara’s Markkula Center for Applied Ethics, the event’s lead sponsor.

Co-sponsors are the Ignatian Center for Jesuit Education and Santa Clara Campus Ministry.

The two other panelists are Santa Clara theologian Sally Vance-Trembath, who will address “needed changes” in church internal structures, and Jesuit Fr. Kevin O’Brien, dean of the Jesuit School of Theology.

In an unpublished opinion piece shared with NCR, Vance-Trembath stressed, “It will be important to finally actually listen to lay people. Let us not create a junk yard of re-invented wheels that are never attached to a single, working axel.”

Consider closing “all the seminaries,” she wrote. “Educate and form future pastoral leaders on college campuses. Sell the property. Use those proceeds to fund the education that will professionalize the parish staffs” with special attention to developing laywomen’s roles.

A 2008-12 member of the National Review Board, Plante is the Augustin Cardinal Bea, SJ University Professor at Santa Clara. In addition to teaching psychology there, he is adjunct clinical professor of psychiatry and behavioral sciences at Stanford University School of Medicine.

“I think that the average Catholic wonders why the church can’t get this right,” Plante told NCR via email. “But sadly, news reports have been problematic and folks really don’t seem to know a lot of good solid facts about this story.”

Plante, also director of the Applied Spirituality Institute, pointed out, “The number of abuse cases since 1982-83 have dropped like a rock, and since 2002 they are really down to a trickle. There is less child abuse in the Catholic Church today than just about any other comparable organization.”

“Overall, my sense from the bishops when I was on the National Review Board was that they wanted to get this right, of course,” said Plante.

However, he added, “given our church structure and lines of authority, perhaps getting all the bishops to agree on something is a bit like herding cats. But overall, I really think that the Dallas Charter [for the Protection of Children and Young People], Essential Norms, and other policies and procedures put in place since 2002 have worked and worked well. Perhaps the missing piece is about bishop accountability and responsibility. It appears that is the last step to make these new policies and procedures more airtight.”

The new ‘Two Orders of Christians’