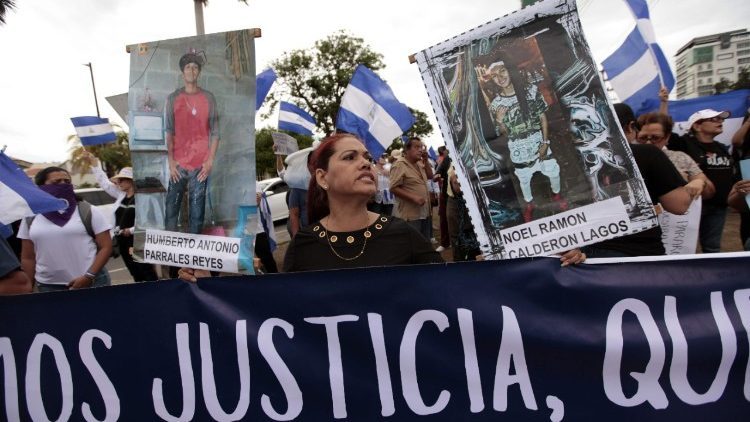 In a statement released on Saturday, the Society of Jesus in Nicaragua affirms that a peaceful outcome of the crisis is the unanimous wish of the population, which is claiming for democracy, freedom and justice.

The Jesuits point out that over 100 Nicaraguans have already been killed for supporting such a constitutional and ethical demand.

The Society of Jesus in Nicaragua says it is convinced the nation is still in time to try and avoid further radicalism, more bloodshed, and more pain.

And it urges those who want peace not to make war, and those who do not want violence not to assault, pursue, abuse or intimidate.

The Jesuits state that the physical integrity and life of Fr José Alberto Idiaquez SJ, the Rector of the Central American University of Nicaragua, is in great danger due to his involvement in a Round Table for the Dialogue convened by the Episcopal Conference, as well as for supporting the students, defending human rights and for his continuous claims to the Nicaraguan Government to give signs that the peace they claim to pursue is the fruit of justice and democratic engagement.

The statement concludes with an appeal – to national and international human rights organizations, to the United Nations, to the European Parliament, to all Jesuit universities in the world, to each and every Church, and to all people engaged in defending human dignity – to strongly support a peaceful and negotiated resolution to the tragic situation that the country is living.

It also demands respect for the physical integrity of all Nicaraguans, who are working for peace and justice.