Jakarta archbishop calls on Catholics not to waste food 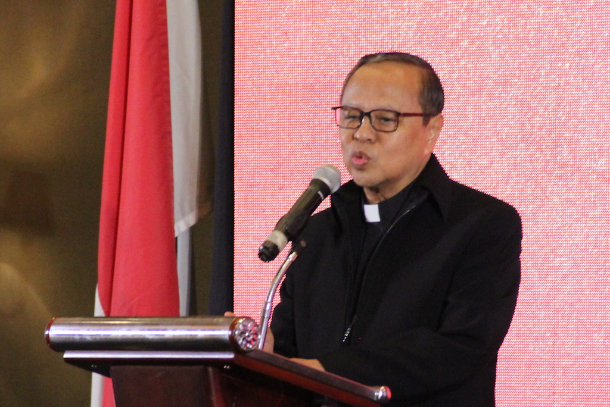 Jakarta Archdiocese called on all 65 parishes ahead of this year’s World Food Day on Oct. 16, to share food with those most in need.Archbishop Ignatius Suharyo Hardjoatmodjo of Jakarta said in a pastoral letter called  “In Diversity, Food Unite” read out during Sunday Masses over the weekend that every man’s need for food should build solidarity with others, instead of greed.”Earth provides enough to satisfy every man’s needs, but not every man’s greed,” the prelate quoted Mahatma Gandhi, father of the Indian nation, in his letter.Those facing chronic food deprivation round the world increased to nearly 821 million in 2017, from around 804 million in 2016, the archbishop said citing the United Nations’ Food and Agriculture Organisation 2018 report on the state of world food security and nutrition.Despite sustained economic growth Indonesia has an alarmingly high rate of malnutrition among children, according to the World Health Organization. Archbishop Suharyo said Catholics in Jakarta Archdiocese should be “fertile soil to bequeath, preserve and develop the values and virtues of humanity and Christianity, such as diversity and sharing particularly in preventing starvation and malnutrition.””Any small effort not to waste food, to live a frugal life, and to share food with our brothers and sisters who are most in need to celebrate World Food Day can be meaningful and fruitful,” he said.A similar call came from Archbishop Robertus Rubiyatmoko of Semarang in Central Java province.”Let’s grow the value of respect within our families by consuming food frugally, instead of wasting it,” he said.The Indonesian Bishops’ Conference chose “Family as Community Food Sharing” as its theme for this year’s World Food Day commemoration.