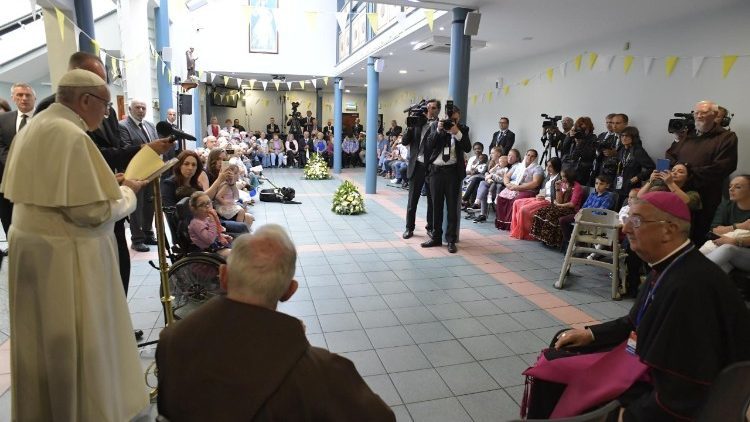 Ireland has gone from being on the crest of an economic wave, to having to deal with the turmoil that came with the financial crisis. However, in the last few years the country has made a remarkable comeback. But for many, this new found prosperity has had little impact on their lives.

According to a number of homeless charities in Dublin and beyond, demand for their services has risen as people try to make ends meet. They also stress that at present not enough is being done to provide families in cities like Dublin with affordable housing.

A Room at the Inn?

On Monday the Irish Catholic Bishops Conference launched a pastoral letter on housing and homelessness, entitled, A Room at the Inn?, at a press conference in Dublin.
The publication came on the first day of their Autumn 2018 General Meeting.In attendance was Bishop Kevin Doran of Elphin who is acting chair of the Council for Justice and Peace.

“Our priority was to say that housing is a human right, that people have an entitlement to a place they can call home”. “The resolution of the problem which is a very serious problem In Ireland needs to be led by government.”

“Among some of the key findings in the Pastoral Letter are, that housing policies should recognize the rights of families and seek to bring about greater equality in society; the need for action to be taken to increase the supply and reduce the price of housing and the need to ensure the private rental sector guarantee fair pricing and security of tenure.
Bishop Doran, addressing the issue of affordable housing says that people’s needs are not being met.

“The priority is being given to industry which is obviously very important but people in the meantime are being left to live in sub-standard accommodation.”

During his visit to Ireland in August, Pope Francis paid tribute to the dignity of the homeless at the Capuchin Day Centre in Dublin. With this in mind, the Bishop of Elphin says, that if we could see the homeless as human beings then people might realize that this is not something that we can walk past.

As the days get colder and the nights darker on Irish streets, Bishop Doran hopes this letter will encourage Catholics in positions of authority to work for change