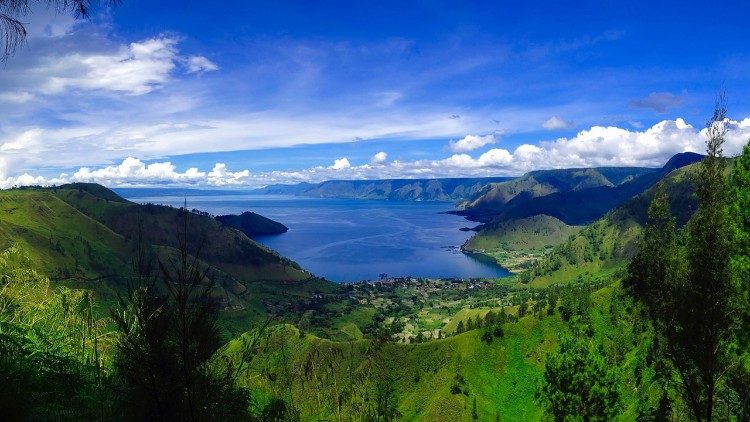 Archbishop Dermot Farrell of Dublin issues a pastoral letter on the climate crisis urging the faithful to “reflect with greater depth, urgency, and seriousness about what we must do” in the face of what has become “humanity’s defining challenge.”

“We are living on the edge of huge historical change. Our common home, indeed our only home—this planet—is under threat.”

Archbishop Dermot Farrell of Dublin gave this warning in a pastoral letter entitled, “The Cry of the Earth, the Cry of the Poor” highlighting that our lifestyles and the economies which support them, are significantly contributing to climate change and the crisis it is causing.

“The future of life on this earth, which God created and which “he saw was good” (Genesis 1:21, 25), hangs in the balance,” the Archbishop said. “…It is beyond doubt that climate change is being caused by what we have done—and continue to do—in upsetting nature’s equilibrium and balance.”

The devastation of Covid-19 and climate change

Archbishop Farrell noted that over the past eighteen months, the Covid-19 pandemic has brought to the fore, “the fragility of our lives, and how fleeting are many of the networks on which we have come to depend.”

However, beyond that, he stressed that we need to realize, over the coming decades, that the issues arising from climate change “ will impact far more on us than those from the coronavirus pandemic.”

In fact, he added, “the havoc of the pandemic will pale when compared to that of climate change.”

Faith and science are not opponents

He went on to note that the pastoral letter approaches the climate catastrophe “from the perspective of faith” taking on board “what God says through creation” (Dei Verbum 3) while not excluding the insights and contribution of natural sciences. In this light, Science and faith are not opponents, but go hand in hand in a truly Christian view.

The Archbishop then explained that “God reveals himself through the world,” and thus, in the face of the “code red” that scientists have issued for the environment and for humanity itself, God is calling us, individually and collectively, “to work for the good of the planet and the good of all.”

“Let us not fool ourselves” he urged, “there can be no enduring response to the cry of the earth without responding to the need for justice and dignity.”

Speaking further on the pastoral letter, Archbishop Farrell noted that it is “an extended engagement with the vast and complex reality of climate” which seeks to dialogue with varied “views and voices, both religious and cultural, which seek to cast light on the crisis.”

In this, true religion – which is not a flight from the world – provides a framework, through faith that is alive, for people to make decisions and take action.

He therefore urged the Church, as a society, to reflect with greater depth and seriousness about what we must do  – if not for our own sake, then for the sake of our children and the world’s children.

Proposing concrete steps for communities and parishes to participate in efforts to protect the planet, Archbishop Farrell invited the faithful to consider signing the “Healthy Planet, Healthy People” petition, endorsed by the Holy See and launched by the Laudato Si’ Movement.

The petition, aimed at the UN Climate Change Conference (COP26) which is scheduled to hold in November, advocates for an “agreement that limits warming to 1.5 degrees, while protecting and supporting those most affected by the climate crisis.”

Another step the Archbishop proposes is to engage with the Laudato si’ Prize, an initiative of the Dublin Archdiocese, to incentivize initiatives and bold responses in the face of the climate catastrophe.

Amid efforts to combat climate change, Archbishop Farrell underlines that there is a cost. “As well as financial cost, we will have to embrace lifestyle change” he said, pointing out that it will require many perspective shifts—political, social, economic and ecclesial.

He added that the challenge is “to discover how we can live more sustainably, more responsibly, and more humanly in our common home” because Christ came not only to call us to a new way of living, but also “to empower us to live in that new way”.

Concluding, he prayed that Christ’s faith and courage, may give us” the hope and strength to embrace what we now have to do, in the face of what has become humanity’s defining challenge.”

Nigeria: Separatists and calls for self-determination are a result of poor governance.