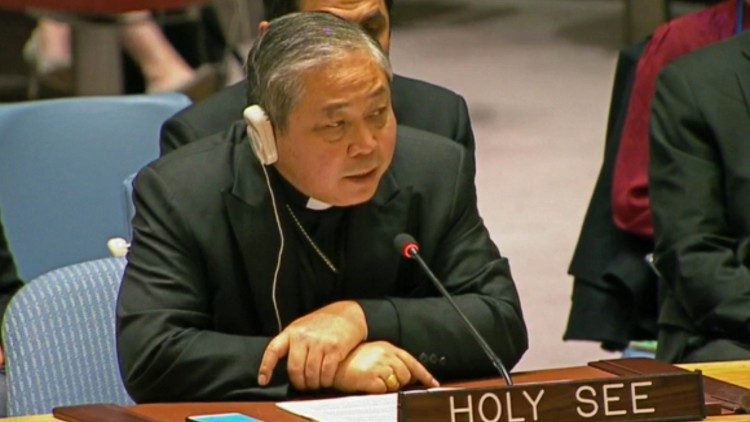 The Holy See has pledged its collaboration in promoting the common good and integral development of the human person, and to ensure that political, economic or financial systems respect the dignity of every person and the identity of every nation.

Archbishop Bernadito Auza, the Holy See’s Permanenet Observer to the United Nations in New York, made the pledge in an address to a general debate at the UN General Assembly on Wednesday, saying the Holy See’s vision of authentic development consists in the holistic approach to every human person, and not just one particular dimension.

He stressed the importance of respecting fundamental human rights and human dignity in the fight to eradicate poverty and to promote integral human development. Ignoring “these essential human coordinates”, he warned would lead to the UN’s sustainable development agenda missing the deeper ethical and anthropological context and purpose of development.

The Filipino archbishop cited Pope Francis who warned against what he described as an “ideological colonization” that uses development models to impose “anomalous models and lifestyles that are alien to people’s identity,” while ignoring their real needs.

The Pope backed the UN’s Universal Declaration of Human Rights that recognizes the “inherent dignity and of the equal and inalienable rights of all members of the human family” as the foundation for freedom, justice, peace and integral human development.

The Pope denounced what he called the “new rights” that significantly stray from the vision of the human person as spelled out in the Declaration and in other human rights conventions.

Archbishop Auza said that an authentically humanistic vision helps in recognizing the legitimacy of an economic system that depends not only on the mere quantitative growth of exchanges, but above all on its capacity to produce development for humanity as a whole and for each man and woman.

Pope Mass: Jesus teaches us to be “invasive” in prayer

UN on International Day of the Girl: Girls, dream big