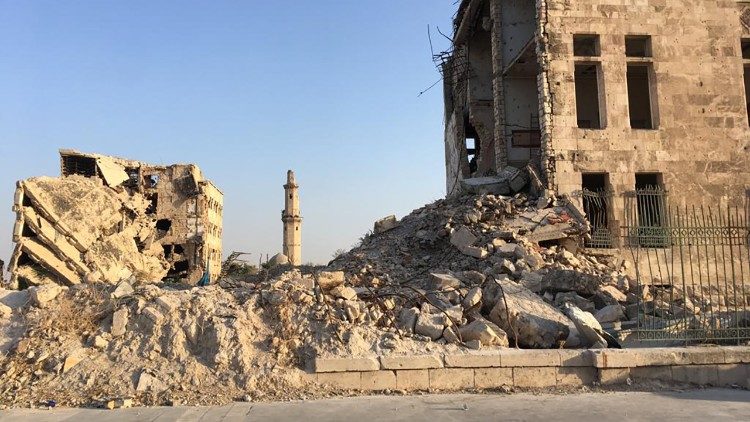 The Holy See’s Permanent Observer to the United Nations in Geneva calls for universal adherence to the Convention on Cluster Munitions.

The Holy See has reiterated  its firm determination to contribute to the universal adherence to the Convention on Cluster Munitions (CCM) and has renewed its appeal to all States outside the Convention to consider joining in the global efforts to building together a more secure world. The Treaty was signed in 2008 by over 100 States to address the humanitarian consequences and unacceptable harm caused to civilians by cluster munitions, through a categorical prohibition and a framework for action.

Speaking at the Second Review Conference of the Convention  currently being held on 25-27 November 2020 in a virtual format,  Archbishop Ivan Jurkovič, Vatican Permanent Observer to the UN and Other International Organizations in Geneva, expressed the Holy See’s appreciation for the efforts made towards the universalization of the Convention, welcoming Sao Tomé & Principe, Niue and Saint Lucia as new States Parties.

Goal set in 2015 far from being reached

However, he regretted that the goal of 130 States Parties that was set at the first Review Conference in Dubrovnik in 2015 is still far from being reached and – most importantly- the fact that “cluster munitions continue to be used in some conflicts today, inevitably giving rise to new victims and contamination”. “Universalization is not an optional component of the Convention. It is a legal obligation” that “has direct implications and far-reaching consequences on the operations and on the effective implementation of the Convention, in particular with relation to victims’ assistance” he said, stressing that: “The more we invest in universalization and disarmament efforts, the less will we need to spend on humanitarian assistance”.

In his statement Archbishop Jurkovič also reiterated the Holy See’s concerns over the introduction of new terminology in the proposed Action Plan which, he said, “would shift the attention and efforts away from the core obligations of the Convention towards more political and ideological issues”. He therefore once again urged “that any language that could have a negative impact on universalization efforts should be avoided”.

Appeal to States outside the Convention

Finally, the Vatican Observer underscored the Holy See’s firm determination to contribute to the universal adherence to the Convention and to upholding its standards and renewed the appeal to all States outside the Convention to consider joining: “We owe this to the too many victims of the past and to the potential victims whose lives we can protect by the full implementation of the Convention”, Archbishop Jurkovič concluded.

27 November: Day of Prayer for Ethiopia in the “Spirit of Assisi”