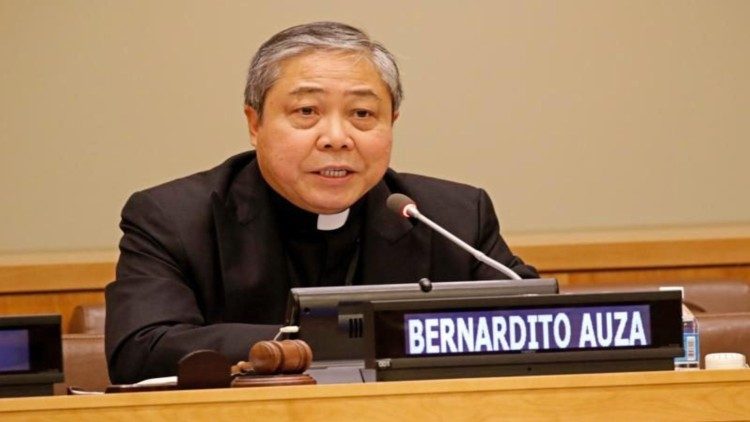 “Novel forms of social accounting” are needed so as not to replace old problems with new ones. These were some of the words Archbishop Bernardito Auza, the Holy See’s Permanent Observer to the UN, addressed on Wednesday to the 14th meeting of the Economic and Financial Committee during the UN’s 73rd General Assembly.

The Holy See watches hopefully as governments work to implement the 2030 Agenda for Sustainable Development characterized by Pope Francis as “an important sign of hope”, Archbishop Auza said. He continued saying that uniting the economic, social and environmental dimensions of development is not easy since they have so often been considered separately.

The new paradigm proposed by the UN’s Sustainable Development agenda needs “a stronger bond” to overturn the old paradigm driven by commerce, the Archbishop said. To be fully human and integral, sustainable development needs to be constructed on the inherent dignity of the person.

This paradigm needs what the Archbishop calls “novel forms of social accounting” so that new problems do not replace old ones, and so that goals are not reduced to statistics.

Archbishop Auza then suggested that tourism can be a vehicle for uniting the three dimensions of sustainable development. Purely commercial tourism walls off tourist areas, “separating the beauty of nature without encountering the people who live on the other side of the wall”, he said.

Integral human development requires instead a ‘culture of encounter,’ which enables us to bring together all three dimensions of development, as we admire not only the environment and its beauty, but also the beauty of the people in their social and economic and cultural conditions.

People at the center

The Archbishop concluded his statement saying  it is a culture of encounter which puts the human person at the center that can be “the driving force of integral human development”.

Integral human development requires ultimately a renewal of humanity and how we see ourselves as human beings together. We are called to learn to build a hospitable, inclusive society with room for everyone, especially the weakest and the most marginalized, and where economic wealth is not merely a personal possession but also is part of the common good for the benefit of all.