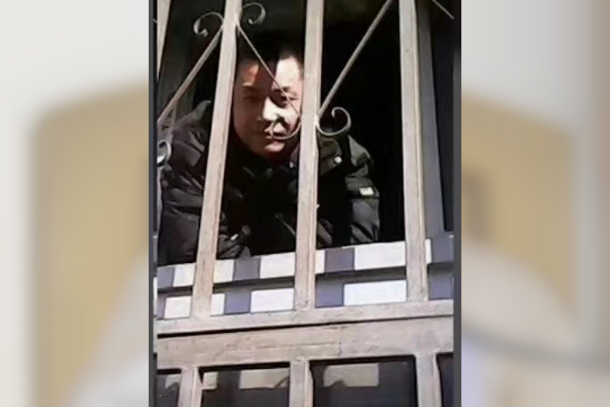 Liu Honggeng, a priest of the underground church in Baoding Diocese of Hebei province in northern China, is still missing after being taken away by authorities three years ago.His family queries why the Vatican did not ask the Chinese government to release detained underground clerics before signing the Sino-Vatican provisional agreement.Father Liu’s father, 83, suffers from myocardial infarction and cerebral infarction, while his mother, 81, suffers from heart disease, high blood pressure and knee joint rheumatism. She needs to take drugs every day.A source who wants to be unnamed told ucanews.com that Father Liu’s parents hope to see their son in their lifetime. He said their request is not too excessive as they only request either a visit or a phone call.His family still do not know what crime he committed but question why they have no right to visit the priest.On May 7, 2015, Father Liu, now 47, suddenly went missing after talking with a relative on the phone in Baoding. His family contacted police but they did not follow up and investigate.Church members later found out the Father Liu was being detained in a remote place in Xieshang village in Qingyuan district. Some visited the priest, who said he had been told that he had been arrested by the national security of the Qingyuan district with no reason yet given.In October, Father Liu’s mother was due to visit her son but he was moved elsewhere and could not be contacted. Since then, his parents, relatives and friends have had no news of the priest.Despite the recent China-Vatican deal that recognized eight illicit bishops, the source said there had not been a single word about detained underground clerics, making Father Liu’s family less hopeful.The source quoted the family as saying that the government has a guilty secret if it will not release those detained clerics, including underground Bishop James Su Zhimin of Baoding, who has been missing for more than 20 years.Bishop Su, now 86, was arrested in 1997 for refusing to join the Chinese Catholic Patriotic Association (CCPA). He has since been seen only once, in 2003, when he attended a hospital in Baoding.The source said that if Chinese authorities were sincere, they should release all detained underground church clerics. “This is a very simple truth but why can’t [Vatican Secretary of State] Cardinal Parolin see it?” he asked.Father Liu’s family and friends expect the government will use the agreement to try to persuade the priest to join the CCPA but they believe he will refuse.”They have shown me the father’s diary in which he clearly states that he prefers to be in a prison rather than sign or verbally promise any agreements,” the source said.Father Liu was also detained in 2006 when his younger brother had talked with him on the phone, saying that the priest felt depressed and preferred to be detained since he could serve God quietly.

Separately, Bishop Michael Yeung Ming-cheung of Hong Kong, told Reuters on Oct. 3 that he supported the China-Vatican deal because it was vital to agree on something and move forward after years of trouble and talks.However, he admitted that the agreement “could not stop suppression, could not stop churches being torn down and allow young folks to go to church. These things will take time to solve.”He also urged the Chinese government to provide information about priests and bishops detained on the mainland, some of whom are elderly and have been held for decades, especially Bishop Su.