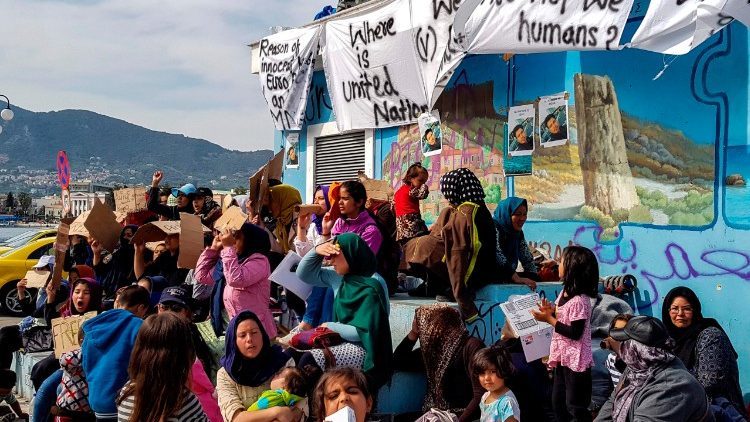 Four Greek journalists have been arrested for implicating the country’s defence minister in an alleged scandal involving funding for a main migrant and refugee camp.

The four, all of them working for a right-wing newspaper, were charged with libel by the defence minister, Panos Kammenos.  He was reported to have profited, along with other officials, from aid destined for the holding camp on the island of Lesbos.  He denies the allegations.  The four were freed here in Athens today on bail.

The conditions in the Moria holding camp on Lesbos are deteriorating weekly, with almost daily reports of gang warfare between Syrians and Afghans, the rape of minors and even suicide attempts by young people.  The camp, designed for about 1,000 people, is now crammed with six times that many.  Hygiene ranges from rudimentary to non-existent.

The Greek government appears helpless to alleviate the conditions amid mounting criticism. The presence of the Moria camp is feeding a growing backlash among the locals of Lesbos, many of whom suspect that international aid destined for the refugees and migrants could be finding its way into pockets other than where it should go.