Greece to set up “floating wall” against migrants 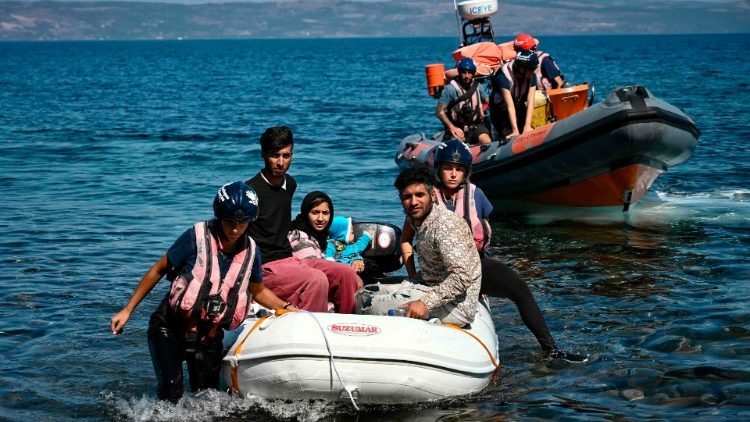 The Greek government announces it plans on sending floating barriers into the Sea in order to prevent migrants, arriving by boat, to reach land.

The Greek government has come up with a novel way of deterring the unmanageable migrant influxes from Turkey.  It’s in essence a floating wall that will block key crossing points.

Government officials here in Athens said a call for bids has been issued.  This barrier will probably be in sections, floating to a height of one metre above the water surface and equipped with flashing lights for use at night.

A total of 2.7 kilometres will be put at spots where just a few kilometres separate the easternmost Greek islands from the Turkish mainland.  Officials said it would be a pilot project, to test the effectiveness of the method.

Strong complaints from the Greek islanders over the past weeks prompted the government to act.  They claim alien migrants are overrunning their homes and stretching local resources past the limit.

Back in the fifth century BC, the Athenian statesman Themistocles said that wooden walls – that is, the Athenian navy—would protect the city from Persian invaders.  Now the modern Greeks, with the planned floating wall, could have taken a page out of Themistocles’ book.

Brexit Day in the UK