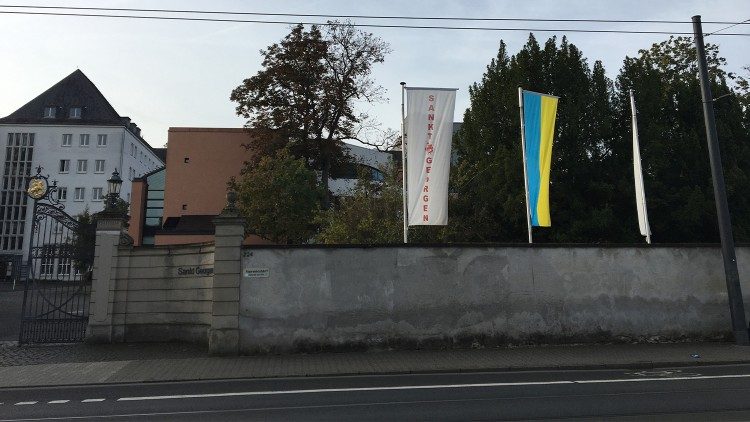 The Catholic Church in Germany is in turmoil: evangelization in the country therefore comes through various projects.

A Vatican News team is visiting several religious communities and charitable works in the Baltic region of Germany that provide solidarity and support for German Catholics.

From 25 -30 September, the “Bonifatiuswerk” (the “Boniface Charity”), a charity run by the German Bishops’ Conference, has organized visits to the Baltic regions in Germany to visit these charities and communities.

‘Workshop for the Future’ in Frankfurt

The first stop takes us to Frankfurt, the financial and economic heart of Germany.

In 1986, Jorge Mario Bergoglio, known today as Pope Francis, completed a three-month stay at the Jesuit community of Sankt Georgen.

However, he could not complete the project because his Order called him to another country.

As of a week ago, the “Zukunftswerkstatt” (“Workshop for the Future”) has a new director: 32-year-old Austrian Jesuit Sebastian Ortner.

In an interview with Vatican News, the Jesuit explains what the institution consists of and what its plans are: “We offer the possibility to young people between 18 and 30 years old, to reflect on their vocation” in not only the spiritual sense but also in their everyday life.

Fr. Sebastian Ortner, S.J., director of the “Workshop for the Future”

So far many young people have come, “and among them are also young people who need to reflect on their future in study or profession.” The length of stay also varies.

“The Workshop for the Future offers a spiritual place and setting that helps a person discover their relationship with God,” Father Ortner continues.

The project is not only supported by the Jesuits, but also by several German dioceses that recommend a stay at the institution.

At the Youth Synod in 2018, the founder of the “Workshop for the Future,” Father Blattert, was able to explain the project to the Synod Fathers.

“And I,” says director Father Ortner, “want to continue on the path of strengthening the vocation of young people.”