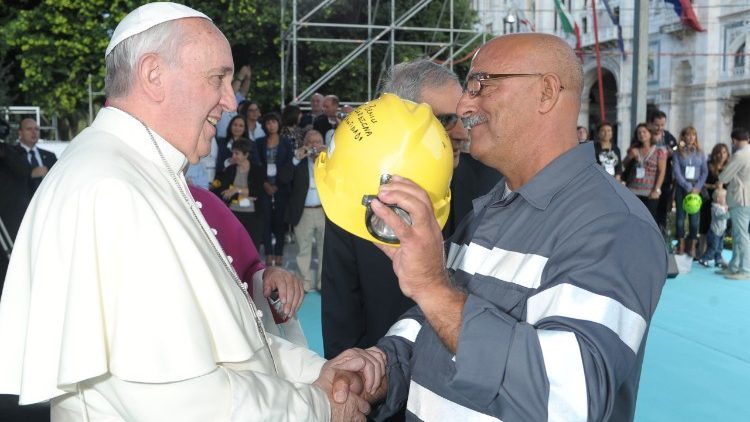 Tuesday, the liturgical feast of Saint Teresa of Calcutta, the world is recalling the life, inspiration and works of mercy of the small bent figure clad in a blue-bordered sari who became famous worldwide for her unconditional love and service to the poor and abandoned of the world.

Declared a saint by Pope Francis two years ago, on September 4, 2016, the liturgical feast of Mother Teresa is celebrated on September 5, the day she died 21 years ago in 1997.

Born Agnes Gonxha Bojaxhiu‎ of Albanian parents on ‎August 26, 1910, in Skopje, in what ‎is ‎Macedonia today, Mother Teresa arrived in eastern India’s Kolkata city, formerly Calcutta, in 1929, with the Sisters of Loreto from Ireland.  Here she did her novitiate and became a member of the congregation.   Later in 1950, she founded her own Missionaries of Charity order for poor and abandoned people

Currently based in Beirut, Lebanon, Fr. Cedric, who has met Mother Teresa personally, is serving as the Regional ‎Advocacy & Communications Officer of the Jesuit Refugee Service (JRS) for the Middle ‎East & North ‎Africa (MENA) Region.

Speaking to Vatican News on the phone, Fr. Cedric says that Mother Teresa is very relevant even today, especially in the strife-torn regions of the world such as the Middle East, that continues to spawn refugees and displace people.

Fr. Cedric says his first encounter with Mother Teresa was in the slums of Calcutta  in 1971 as a young man, during Bangladesh’s war of independence, where she was responding to the plight of refugees and the displaced streaming into India across the border.  This was 9 years before late Jesuit Superior General, Fr. Pedro Arrupe started the Jesuit Refugee Service.

Ever since then, especially now, Fr. Cedric has been collaborating with the Missionaries of Charity nuns in the Middle East where the 66-year old Jesuit has been travelling.   Thanks to the inspiration, guidance and motivation given by Mother Teresa, says the Jesuit priest, the nuns are continuing to respond to the refugees and displaced all over.  Among these, he said, the nuns seek out the destitute, the dying, the unloved, orphans and widows, who have nowhere to go.