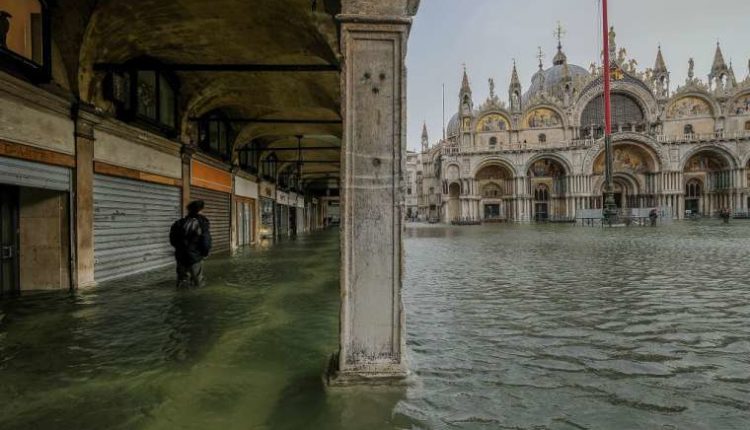 The baptistry and the Zen Chapel, named for Cardinal Giambattista Zen, who died in 1501, were completely flooded. The basilica’s bronze doors and columns also sustained damage.

In St. Mark’s Basilica’s 926 year history, there have been only five floods as severe. The high water mark in Venice reached over 5 feet on Monday with an “acqua alta,” or high tide, covering 75 percent of the city.

Storms in Italy this week left at least 11 people dead throughout the country as 110 mph winds caused trees to fall upon cars and pedestrians. The Liguria region in northwest Italy experienced dangerous landslides.

The Italian Civil Protection Agency said that the Liguria, Veneto, Trentino, and Friuli-Venezia Giulia regions were most affected by the heavy rainfall and high winds.

Museums in Venice reopened Wednesday as the flood waters subsided.