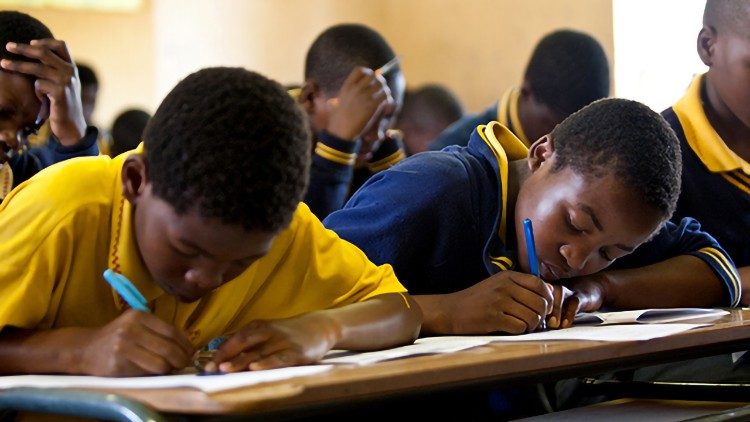 Caritas facilitates access to education for young people working in the mines of Mwenga and Wamba, opening doors to a better life for them.

One of the major threats to normal childhood is child labour. Every year, millions of children are exploited for labour, resulting in serious violations of their human rights and dignity.

According to the International Labour Organization, the last two decades have seen 94 million fewer children in child labour. That number, however, has come under threat. The ongoing Covid-19 crisis and the economic difficulties it brings risk reversing the progress already made.

Caritas is doing something about this scourge. On 29 July, in Wamba Diocese, in the northwest of the Democratic Republic of Congo (DRC), the charity organization launched a program of access to education for young people in a bid to reduce child labour in the mines of Mwenga and Wamba.

The educational initiative aims to empower about 7500 young people between the ages of 12 and 19 through education by 2024, equipping them to take advantage of opportunities in the future. In this way, many of them, forced to work in the mines for the benefit of armed groups, can find freedom.

The educational initiative was organised by Caritas Congo (DRC) in collaboration with Caritas Norway as well Operasjon Dagsverk (OD) – a Norwegian youth organization.

Present on the occasion of the launch was the Vicar General of Wamba Diocese, Father Justin Amboko. The occasion also saw several representatives of political and local traditional authorities in attendance.

Collaboration in educating the youth

Speaking about the initiative, Father Justin Amboko expressed his gratitude Caritas’s work in the Diocese and for its efforts to reduce child labour in the country.

Father Amboko said Caritas has given Wamba Diocese “a new lease on life by turning its gaze towards the mines so that children and young people working in these places can benefit from education.”

He went on to insist on the importance of the state’s involvement as the initiative is only meant to support the government’s efforts in educating young people. He also pointed out that the program is to last for only four years.

Given the programme’s limited duration, Father Amboko invited those present to create awareness in the mining communities so that the intended results of the programme will be attained within that time.

The recently-launched program hopes to achieve this in three ways: ensuring education for vulnerable youths, facilitating the participation of young people in the elaboration of their own educational programs, and supporting local authorities and communities to provide protection and opportunities for the youth.

Caritas has also made its presence felt in other parts of the DRC. In Bukombo, Rutshuru, Caritas Goma is supporting the people with necessary supplies and hygiene kits amid repeated clashes between armed groups and government forces in the area. The escalating violence has led to massive displacement of the local population.