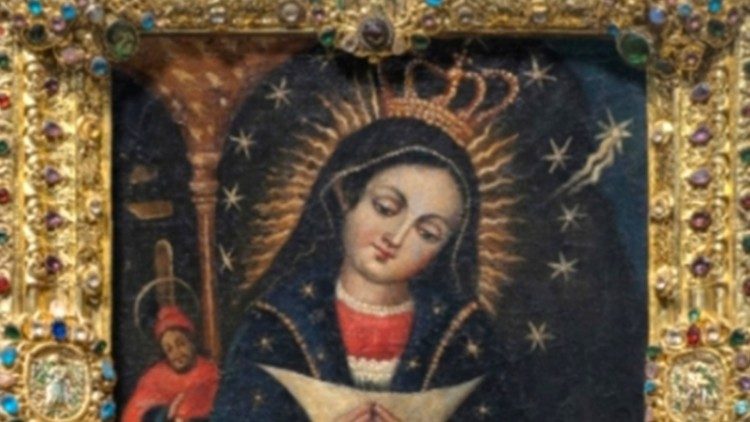 On the Solemnity of the Assumption, the Dominican Church closes the Altagracia Virgin Jubilee celebrations. Joining the closing event on August 15 will be Pope Francis Special Envoy, Archbishop Edgar Peña Parra, Substitute for General Affairs of the Secretariat of State.

Catholics in the Dominican Republic are preparing for the Solemnity of the Assumption, on August 15, which this year concludes the special Altagracia Jubilee celebrations marking the 100th anniversary of the Canonical Crowning of the image of the Virgin of Altagracia, known as the Mother and Patron of the Dominican people.

Dominicans’ devotion to Our Lady of  Altagracia

Dominicans are very devoted to the Virgin of Altagracia, and every year a special pilgrimage takes place on 10-14 August from the National Shrine of Christ of the Miracles, in the municipality of Bayaguana, to the Basilica de la Altagracia in the eastern city of Higüey where the image is enshrined. During the five-day walk pilgrims travel 114 kilometres.

Pope Francis’ message for the Jubilee

In a message addressed to the Dominican people on July 15, as they celebrate the Jubilee year, Pope Francis noted , hat their deep devotion to the Virgin of Altagracia “is a sign of the Christian roots that characterize and give life” to their land and, therefore encouraged them  “not to lose heart” in their witness of faith, to care for and strengthen, through the example and intercession of the Virgin Mary, their “love for Jesus and for the Church”.

The Pope remarked that the image showing  the loving gaze of the Mother contemplating the Child who sleeps confidently on her lap “is an invitation to learn to see, through her eyes, Jesus present in our neighbours, and to remember that we are part of the same human family called to live together in fraternity and solidarity”. In this way, he said,  “the Virgin of Altagracia has been for the Dominican people a source of unity in difficult moments and a sure hand that supports them in the setbacks that arise in their daily lives”.

The appointment of Archbishop Edgar Peña Parra as Papal Envoy

As a token of his affection to the Dominican people, Pope Francis has sent Archbishop Edgar Peña Parra, Substitute of the Secretariat of State, as his Special Envoy to the closing Jubilee event, on August 15, who will pay homage to the Virgin of Altagracia, on his behalf, by laying a Golden Rose at her feet.

The events on August 15

The day will begin with the recitation of the Rosary of Dawn in the Shrine of Our Lady of Altagracia, followed by a Patriotic Act presided over by civil authorities, and attended by the Vatican Special Envoy alongside the Dominican Bishops, at the Puerta del Conde, where the Coronation on the Virgin took place a century ago. The closing of the Jubilee will be marked by a solemn Mass presided by Archbishop Peña Parra in the Olympic Stadium,  with about 700 concelebrants, and a Marian concert.