Director of Auschwitz: Memory is essential 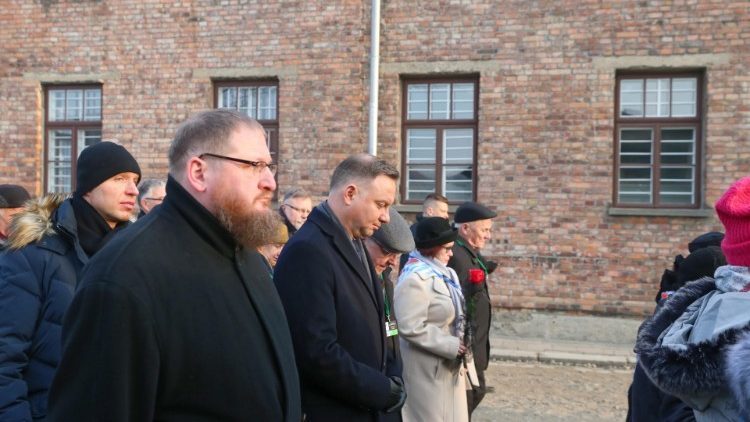 Two hundred survivors gather at Auschwitz to commemorate the liberation of the concentration and extermination camp operated by the Nazis. During Sunday’s Angelus Pope Francis appealed for remembrance of the Holocaust saying that “in the face of this immense tragedy indifference is not admissible and memory is due.” On the occasion of this anniversary, the director of the Auschwitz-Birkenau Memorial and Museum speaks to Vatican News about the importance of memory in a world of rapid change.

On 27 January 1945, the Soviet army made its way into Auschwitz, and liberated the remaining 7,000 prisoners, who at that stage were sick and dying.

An estimated 1.3 million people, mostly Jews were deported to the concentration and extermination camp operated by Nazi Germany in occupied Poland during the Second World War.

At least 1.1 million people, were murdered at the camp, including St. Edith Stein, and Fr Maximillian Kolbe who was killed after offering up his life for a complete stranger.

Seventy-five years on from the horrors that took place at Auschwitz, the survivors of this camp of terror will be the focus of commemorations on Monday. Now elderly men and women, they are the living witnesses to the crimes that took place there.

Survivors at centre of commemorations

In an interview with Vatican News, the director of the Auschwitz-Birkenau Memorial and Museum, Piotr Cywinski, said that it was probably going to be one of the last big anniversaries of survivors. Around 200 will be attending the event, and he stressed that they will have the main input during the ceremony. “We wanted to organize it completely around the survivors”, he said.

In a recent speech, Pope Francis pointed out that “if we lose our memory, we destroy our future”. The Director echoed these sentiments by saying that in the world of rapid change “memory is essential”.

Speaking about an increase of selfishness and indifference in many parts of the world, Mr Cywinski noted that “people are afraid about the future”, and when people are fearful they become “more and more closed in on themselves; they are more and more selfish….” This, he added, leads to a society that is not able to react to terrible situations that are happening in other parts of the world.

He went on to say that there are “some very bad evolutions in politics” and we are seeing a new wave of populism.  He pointed out that a “new ideology of hatred” is being sown which is manifesting itself in xenophobia and anti-Semitism that is becoming ever more visible in society. That is why, in light of this, he said remembrance is so important.Listen to the interview with Piotr Cywinski

The Role of Education

As this 75th anniversary is marked, there are now fewer and fewer survivors of Auschwitz-Birkenau who are left to tell their stories. Asked about the process of documenting accounts of what happened, Mr Cywinski said that they are “extremely well documented”. “There are tens of thousands of testimonies, written, audio and video in several big institutions around the world.” But, he cautioned that it was very important to separate fact from fiction and he stressed that there are many accounts that are being published about Auschwitz, and indeed the Holocaust, that are fictitious and “can be dangerous.”

Pope at Angelus: ‘Be heralds and witnesses of God’s love’

Pope’s condolence for victims of shooting in Germany

Three Cardinals appeal for relocation of refugees in Europe