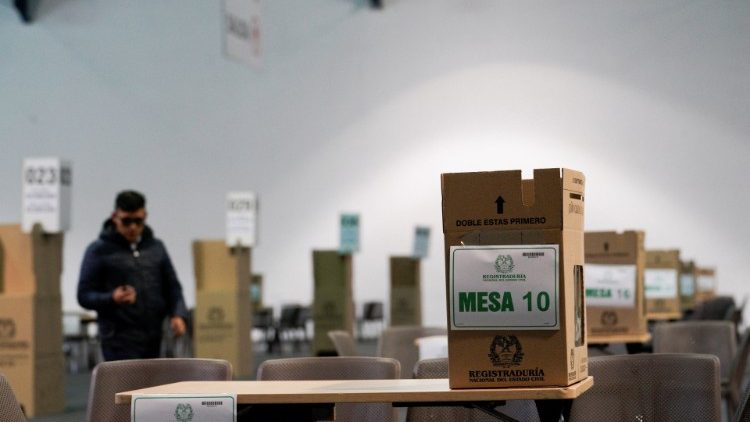 As Colombians return to the polls on Sunday for a second round in the presidential runoff, the Bishops of the Latin American nation urge citizens to make an informed decision when voting.

Leftist Gustavo Petro, aged 62, is trying for the third time to become President of Colombia.

He was once a member of the M19 guerrilla group, jailed and granted an amnesty, he then served as a Mayor and now a Senator.

In round one last month, he gained 40 percent of the vote, which was ten points shy of outright victory.

He used social media and Tik Tok to gain popularity, financed his own campaign, and gained 28 percent of the vote.

Close race to the finish

Now in round two, these two are almost neck and neck.

Petro is promising tax reform, pledging he won’t expropriate lands from the rich and saying he’ll be practical rather than radical. He is also vowing to step up combatting the drug cartels and organized crime.

Hernandez, who’s also been a mayor, is promising to cut government spending and root out corruption.

Inflation is high, the wages of many aren’t covering the basic essentials, and law and order needs to be tackled.

Ahead of the vote, the Catholic Bishops of Colombia urged people to “express their political decision in a conscious, informed manner, while considering the good of the country in an ethical way.”

Msgr. Héctor Fabio Henao Gaviria, delegate for Church-State relations of the Colombian Bishops’ Conference, released a video message in which he said Sunday’s vote is an opportunity to build a “shared national project.”

He called on Colombians to think about the issues including the right to life, human dignity, and social mobility.

Msgr. Henao Gaviria pointed out that many cities across Colombia need special attention.

He said the Bishops have identified 95 cities they consider at “extreme risk” regarding civil liberties and which require “urgent measures to guarantee the right to vote.”