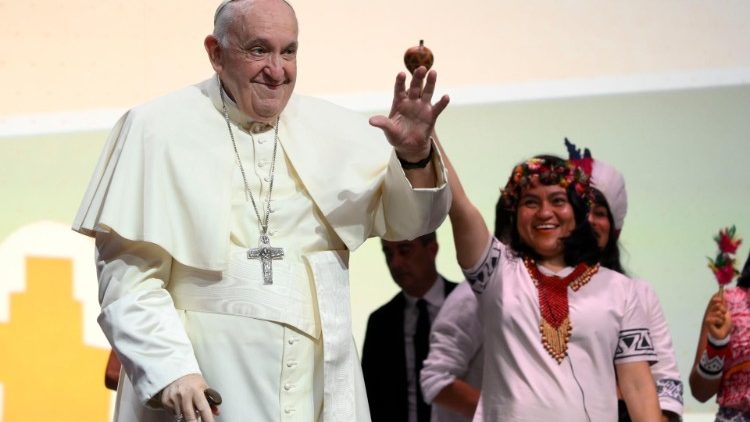 Our Editorial Director emphasizes the urgency of Pope Francis’ message to the young economists and entrepreneurs who took part in the Economy of Francesco event in the Italian city of Assisi.

As far back as November 2013, in his exhortation Evangelii gaudium that represents the “road map” of his pontificate, Pope Francis had spoken of an economy “that kills.”

“Today,” he wrote, “everything comes under the laws of competition and the survival of the fittest, where the powerful feed upon the powerless. As a consequence, masses of people find themselves excluded and marginalized: without work, without possibilities, without any means of escape. Human beings are themselves considered consumer goods to be used and then discarded. We have created a ‘throw away’ culture which is now spreading… The excluded are not the ‘exploited’ but the outcast, the ‘leftovers’.”

These words remain as relevant as ever, even though at the time they brought upon the Pope the crude and unfounded accusation of Marxism levelled at him by commentators ignorant of the Social Doctrine of the Church.

And Pope Francis spoke clearly and unequivocally again from Assisi on Saturday, addressing young people to urgently call for a change in the development model if we are to save humanity threatened by pandemics, wars, and climate change.

“An economy that inspires us with the prophetic dimension,” said the Pope to young people at the Economy of Francesco, “is expressed today in a new vision of the environment and the earth. There are many people, businesses and institutions that are making an ecological conversion. We need to go forward on this road and do more. You are doing and asking everyone to do this ‘more’. It is not enough to make cosmetic changes; we need to discuss models of development. The situation is such that we cannot just wait until the next international summit: the earth burns today, and today we must change, at all levels.”

Therefore, a few superficial actions are not enough, nor are the self-interested gimmicks of “greenwashing” enough for everything to continue as before.

We urgently need to question the development model we have embraced.

Pope Francis has launched an appeal that cuts to the root of the problem, one which has not been adequately received, understood and supported in recent years.

Compared to 2013, the situation is even more tragic because of the war that erupted in the heart of Europe with Russia’s aggression against Ukraine, which has provided motivation for governments to shut their already half-hearted ecological policies back in their drawers.

Pope Francis—who in his encyclical Laudato si’ showed how hunger, wars, migration, and climate change were interconnected—recalled in Assisi that “the cry of the poor and the cry of the earth are the same cry,” calling for preference among environmental solutions for those that “reduce misery and inequality.”

Yet, even if the future of the world looks bleak to us today because of the looming mad nuclear threat and the equally mad race for rearmament, what comes from Assisi is a message of hope.

There are young people determined to commit themselves creatively to a new economy, to a different and more humane economy, to a new form of finance that has as its center the human being, and not the “god of money”.

Our development model can only be changed with participation from below, and by governments convinced of the need for forward-looking choices to ensure a future for the earth and those who inhabit it.

Pope to Economy of Francesco youth: ‘Like St. Francis, economy must embrace the poor’