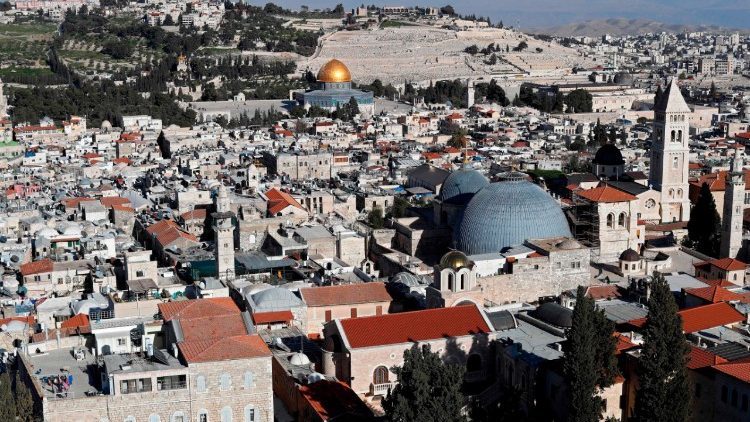 It is out of a “spirit of dialogue” that the Catholic Bishops of the Holy Land speak out in a statement responding to the “issue of the Nation State Law passed by the Israeli Knesset on 19 July 2018.

We are all citizens

“We must draw the attention of the authorities to a simple fact: our faithful, the Christians, our fellow citizens, Muslim, Druze and Baha’i, all of us who are Arabs, are no less citizens of this country than our Jewish brothers and sisters.”

The Bishops also draw attention to the ongoing tension arising from the definition of Israel’s democracy being both “Jewish” and “democratic”. It is the Jewish majority who determines what this means, while the Arab minority experiences the discrimination caused by the imbalance of the “Jewish” element over the “democratic”. An ongoing struggle to “protect the rights of all citizens, to guarantee as much as possible the values of equality, justice and democracy” received a milestone victory with the 1992 passage of the Basic Law: Human Dignity and Liberty, the statement says.

Recent passage of the new Nation State legislation “is a blow to these values”, the statement continues. Now there is a “constitutional and legal basis for discrimination” because “Jewish citizens are to be privileged over and above other citizens”. In addition to “seriously downgrading the standing of the Arab language”, the law ignores “Palestinian Arabs, other major religious communities, Christians and Muslims as well as Druze and Baha’i”.

The statement continues with a declaration that the above-mentioned groups “demand to be treated as equal citizens.” In addition, equality must incorporate civic, ethnic, and religious identities. This demand is based on the fact that “Jerusalem and the whole of this Holy Land is a heritage we share with Jews and Muslims, Druze and Baha’i, a heritage we are called upon to protect from division and internecine strife”.

Call to rescind the law

In conclusion, the Bishops “call on the authorities to rescind” the law since it is contradictory to both the humanistic and democratic basis of Israeli legislation and international law. Thus all can be assured that the “State of Israel seeks to promote and protect the welfare and the safety of all its citizens”.

There are 25 signatories to the statement, representing the Latin, Armenian, Melkite, Chaldean and Maronite Churches, as well as the representatives of men and women religious serving in the Holy Land

Pope Francis: ‘ A Christian cannot be an anti-Semite’